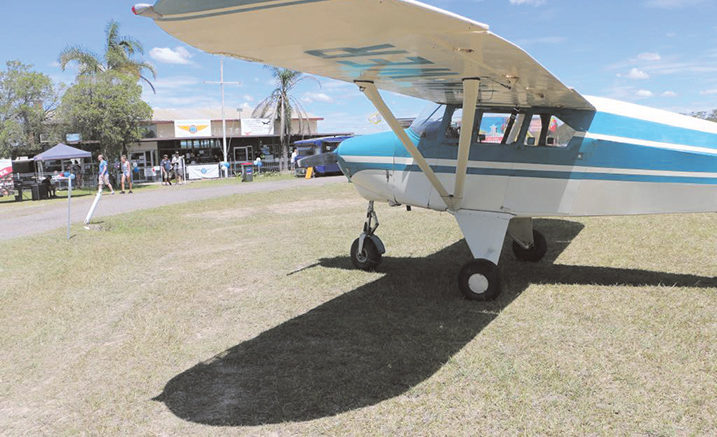 The final report from the 2017 review of the Warnervale Airport (Restrictions) Act will remain secret.

Wyong MP and Shadow Minister for Central Coast, David Harris, said it was outrageous that this report was being kept secret.
On February 11, Harris applied under the Government Information (Public Access) Act 2009 (GIPA) for a copy of the final report into the Statutory Review of the Warnervale Airport (Restrictions) (WAR) Act 1996, completed in 2017.

“This was a public review of the existing WAR Act conducted by Planning Ministers Rob Stokes and Anthony Roberts,” he said.

“Although the report was never released to the public, Minister Roberts issued a media release on August 11, 2017, which stated: “Based on the recommendations by the Department, I have decided to leave the Act in place, meaning that any significant expansion of the airport and its operations by the council will still need ministerial consent.
“I believe this remains the most appropriate way to currently regulate activities at the airport.”

Harris said that now that there was another review into the Act, which started in 2019, he requested a copy of the previous report to ascertain the reasoning behind the original decision.
“Strangely, the response is that the report might prejudice the current review,” he said.

“I call on Adam Crouch, Parliamentary Secretary for the Central Coast, to intervene and have the original report released so that the Central Coast community can weigh up the arguments around the future of the WAR Act in an open and transparent way.

“It’s outrageous that this report is being kept secret.” Harris said.

A summary of the Notice of Decision by Information Access and Privacy Officer, Sharmeen Medhora, on March 10, 2020, stated that public release of the 2017 WAR Act Review could prejudice the review presently underway.
The Notice said the previous report “would reveal details of the analysis and recommendations (of the 2017 review) that could reasonably be expected to prejudice the effectiveness of the current review.
“You have a legally enforceable right to access the information asked for unless there is an overriding public interest against its disclosure”.

It was noted that public consultation on the current review had ended and Medhora conceded that the disclosure could promote open discussion, enhance government accountability and contribute to positive and informed debate, yet, she was “not satisfied” that this outweighed the potential for the disclosure of the information to prejudice any recommendations and outcomes of the current review of the WAR Act.
Parliamentary Secretary for the Central Coast, Adam Crouch, said for anyone to suggest that a Member of Parliament should intervene in this process is totally inappropriate.

“Decisions to release information through the GIPA process are made by the appropriate NSW Government public service agency.
“These are made at arm’s length of elected representatives,” Crouch said.

Grandiose announcement not matched by reality