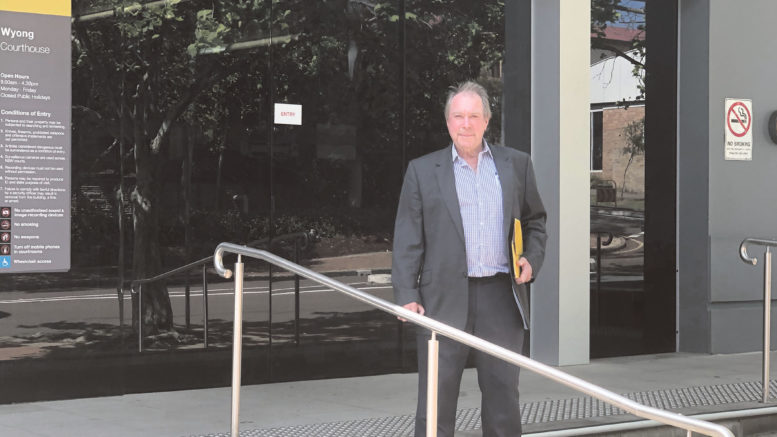 Wyong resident, Wayne Hodges, has convened a National Drug Summit that he hopes will unite all three levels of government, as well as relevant local stakeholders and agencies, to tackle the issue of drug use on the Central Coast.

The summit will take place at the Wyong RSL Club upstairs function room from 6pm on March 25, with Hodges working since October 2019, to coordinate the event and its guest list, in the hopes of bringing about effective change on the Coast.
According to Hodges, several government representatives have yet to confirm they’ll attend.
Hodges said the offices of Prime Minister, Scott Morrison, and NSW Premier, Gladys Berejiklian, had also been invited, and consultations to see a representative from each, were underway.
Hodges said a number of Central Coast drug service providers, clinics and health professionals, as well as, lawyers, victims of drug related crime, families of the drug dependent and other individuals had also been invited, with any other stakeholders welcome to attend along with the general public.
A former member of the Liverpool Community Drug Action Team (CDAT), Hodges said he had watched on for years as Australia “went downhill”, and that he now wants to do his bit to tackle the country’s rampant drug problem.
“First and foremost, the summit is for the Coast and will be designed to tackle our own drug problem, but the goal is to grow it into a national summit that can actually effect change in the way we legislate drug law and the way we talk about and treat those that use drugs,” Hodges said.
Hodges said those that attend the summit will discuss the Coast’s current situation and strategies to diminish and deter drug use and drug related crime in the region.
Hodges said the first step in this process would be establishing a more comprehensive Central Coast CDAT, to complement the existing one, that focused on working with local stakeholders to lobby for more stringent drug legislation.
A patriot at heart, Hodges believes most of Australia’s current social and economic issues have been caused by a steady laxing of real consequences for illegal behaviours, and a lack of tough leadership across all three levels of government.
To get his message across, Hodges is also planning on launching his own political party, The Australian Alliance Party, upon the conclusion of the summit, and said he was planning to run for both the Seat of Wyong and as a candidate for the Wyong Ward, come the next state and council elections.
Hodges said he would be running on a tough love platform that would see Australia do away with its “bleeding heart” approach to political, social and legal reform.
Despite his political ambitions, Hodges said his undivided focus was currently on ensuring the success of the summit with the goal of growing it into an annual event that tackles complex national issues around drug reform, legislation and services.