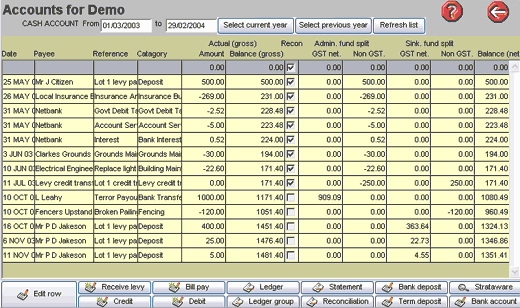 Central Coast Council has forecast a deficit of $32.5M next financial year in its operational plan for 2020-21, but has recognised that significant adjustments may need to be made in the wake of the coronavirus.

It has budgeted in a 2.6 per cent rate rise.

The draft operational plan, or budget, for next year was presented to the extraordinary council meeting on March 23, where it was explained that it was developed prior to the “realisation of the impacts” of the virus.
It proposed that Council would receive operational revenue of $551.6M and spend $584.1M on essential services.

“This results in an operating deficit before capital grants and contributions of $32.5M,” the report to council said.
The plan lists every project and initiative that council plans to deliver in the 12 months from July.
It also includes all fees and charges, such as those for playing fields, community halls and child care centres.
Staff had recommended that councillors vote to endorse the draft and put it out on public exhibition for residents to comment on.
But Deputy Mayor, Jane Smith, added three amendments to recognise the impacts of the coronavirus.
“Staff are going to need to look at what those potential impacts are going to be on the situation next year, and recognising that, we may have to make some significant adjustments to our operational plan when it comes back to us,” Cr Smith said.
“And I think it’s important to flag that with the community.
“That we put this out on exhibition, (and) in four weeks’ time, when it comes back to us, we will have a clearer picture of what next year might look like.”
Cr Smith also added a clause that would extend council’s hardship provisions and would stop it pursuing any recovery action while it reassessed the situation.
Cr Smith also wanted to get a clearer picture of what assistance residents would be able to access through the State and Federal Governments and where council sat in that assistance.
Cr Jillian Hogan said casual workers were really suffering and she thanked Cr Smith for her amendments.
She then spoke about the contents of the plan, saying that she was really pleased to see $630,000 for a car park in Carters Rd, Lake Munmorah, and $380,000 for a pathway so that elderly residents of Parktrees Village will be able to get to the local shops and doctors.
She said residents had shown her letters from 15 years ago that said they would never get a pathway, so she was really pleased with what the leadership team had achieved with this project.
Highlights of the capital works program for 2020-21 financial year include: $79.1M in roads, transport and drainage projects; $60.2M in water and sewerage projects; $15.4M for the redevelopment of Adcock Park; $3.9M for the Colongra sporting facility development; $1.4M for Lake Munmorah Recreation facility development; $1.4M for Toukley Town Centre: Toukley Village Green upgrade; $1.3M for improvements to Central Coast Stadium; and, $1.3M for regional playspace development – Sun Valley Park, Green Point.
The draft Operational Plan 2020-21 is the third and final year of implementation for the three year delivery program.
A council spokesperson said the spending was focused on providing services in areas important to the community and on improving asset management.
The $32.5M deficit was more than was forecast from this year’s operational plan’s long term financial forecast of $16M for 2020-21.
Council said this was due to changes in the operating environment plus a focus on continuing to improve service delivery and customer service whilst delivering projects in line with the Community Strategic Plan.
The report said that strategies put in place in recent years were aimed at ensuring that expenditure was focused on renewal and upgrade projects to reduce the asset backlog.
It noted that in some areas, such as buildings and facilities, the current spend was in the range of 1.2 per cent to 1.5 per cent of the gross replacement cost, with a view to reaching the recommended 2.0 per cent spend over time.
It said capital expenditure within the Water, Sewer and Drainage area was highly regulated by the Independent Pricing and Regulatory Tribunal determination, so, like expenditure aimed at meeting backlogs, there was very little discretionary spending.
“Expenditure is also constrained by capital grant funding requirements as the funding is generally for specific projects with clear outcomes which Council needs to deliver,” the report said.
Council proposed a budget of $248.3M on capital works, targeted at renewal and upgrade to existing assets, with over 71.3 per cent ($177.1M) of the proposed capital spend focussed on renewal and upgrading of existing assets.
“This allocation allows Council to maintain and renew existing assets and to address the asset backlog,” the report said.
Council is required to use the most current land values when calculating ordinary and special rates.
The latest values provided by the Valuer General have a base date of July 1, 2019, and these new valuations replace those from July 1, 2016.
The report said that “as a direct result of the NSW Valuer General’s revaluation, properties with large increases in land value will experience rate increases well above the IPART approved rate pegging increase of 2.6 per cent.
“As Council’s total rates income can only increase by the IPART approved 2.6 per cent, other ratepayers will see increases of less than 2.6 per cent and many will see rate decreases.”
Mayor Lisa Matthews said the Operational Plan would ensure Council continued to deliver to the community in line with its feedback as outlined in Council’s 10-year Community Strategic Plan.
“We are committed to continuing to put in place the infrastructure and projects that the community expects,” she said.
The 2020-21 Operational Plan will be on public exhibition from Tuesday, March 31 to Monday, April 27, and public submissions can be made during this time.
These submissions and the final plan will be presented to Council for adoption at an ordinary meeting in June.
Members of the community will be able to view it and provide feedback online at yourvoiceourcoast.com.