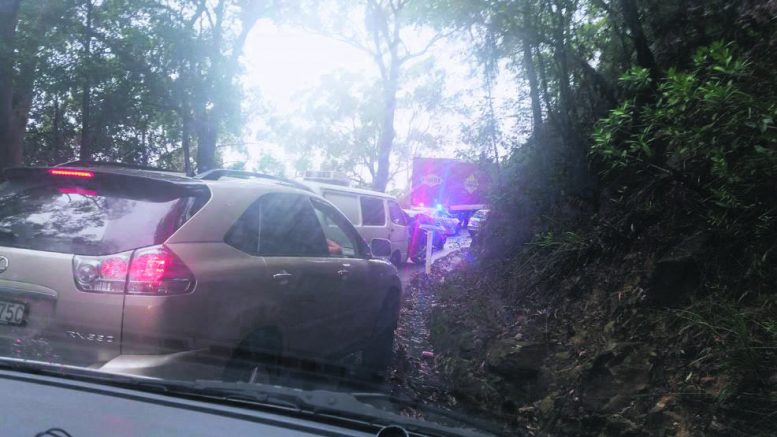 A police vehicle attempts to navigate traffic to the scene of the incident Photo: Murray Clarkson

A man will appear in court later in March, after police observed him driving dangerously with a 7-month-old child in the car.

At about 11:40pm on Saturday, March 7, officers attached to Tuggerah Lakes Police District were patrolling the Tuggerah area when they saw a Holden Commodore allegedly doing ‘burn outs’ and speeding on Wyong Rd, Tuggerah.

Police stopped the Holden nearby and spoke with the driver, a 24-year-old man.

A 19-year-old woman and a 7-month-old girl were passengers in the vehicle at the time.

During an inspection of the vehicle, several defects were identified.

The man was charged with prolong, sustain etc loss of traction, class A motor vehicle exceed speed (over 45km – estimated) and drive recklessly/furiously or speed/manner dangerous.

He will appear at Wyong Local Court on Monday, March 23.

The man was also issued four infringement notices for fail notify authority of change of ownership, operate vehicle with defective tyres and defective suspension, operate vehicle in breach of defect notice – minor, and his licence was also suspended.

A child at risk notification was also submitted to the Department of Family and Community Services.

Man charged with genital mutilation of a woman