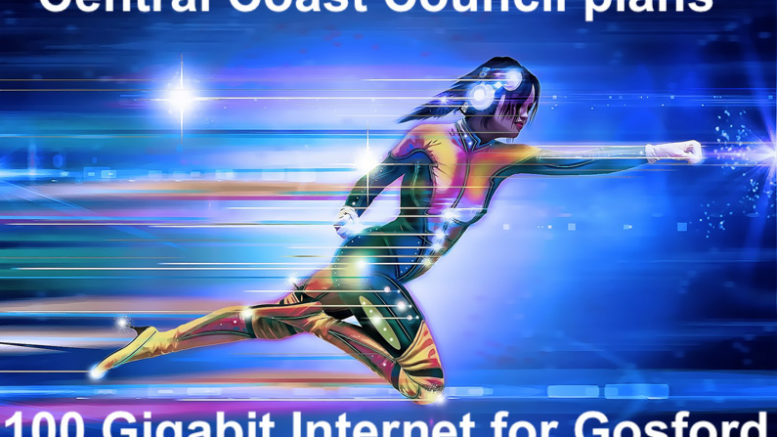 The Central Coast is set to join the elite set of so-called Gigabit Cities around the world with an announcement that is set to offer extreme internet speeds to local businesses, building owners and property developers.

Business NSW Central Coast has welcomed the news that Central Coast Council is working with multiple providers to deliver 100 Gigabit per second connectivity.

Council CEO, Gary Murphy, said the enabling infrastructure was a key component of Council’s strategy to generate economic returns for the Central Coast.

“We will partner with a commercial provider to install the 100Gb/s network to give business on the Coast a distinct competitive advantage,” Murphy said.

“Being able to enable better business digital infrastructure is a game changer.”

The 100Gb/s network moves business traffic from the internet to dedicated links and interconnects much faster and more reliably than offerings currently on offer.

“A quarter of our workforce commute outside the Central Coast (but) the impacts of this are beyond travelling time to and from work, sometimes up to five hours per day, whether by car or public transport.”

Murphy said research showed that more than fifty per cent of commuters could do their work remotely, or if better enabled, their businesses could be predominantly based on the Central Coast.

He said the potential impact to local businesses per day from the loss of the commuting population had been calculated as $400,000 in coffee and lunches, and $35,000 in haircuts daily.

“This is a significant loss for Central Coast businesses in that money is not being spent here on the Coast,” he said.

“There are many other multiplier economic impacts such as business supplier chains and health service providers that could impact from more residents being able to work physically on the Coast instead of commuting.

“Through the multiplier effect, economic modelling shows that for every 100 jobs brought back home, it would spin off a further 166 jobs, for a net total of 266 jobs.

“It is about listening to our local businesses and also our commitment to ensuring that young people have opportunities to get a job and build their lives on the Coast if they choose.”

Murphy said that he was also confident in the Coast’s affordability, lifestyle, natural beauty and welcoming community making it a desirable destination for full or partial relocations.

“We’ve been working with industry for some time to bring this about.

“Council’s Chief Information Officer, Peter Auhl, has been leading us since he moved here from Adelaide City Council two years ago.

“Adelaide City Council surprised the industry three years ago when it launched its own 10 gigabit internet service in 2017, something that has resulted in a boom in research and business activity.”

The idea of a Gigabit City for Gosford surfaced 12 years ago when Gosford and Wyong Councils, together with local industry and community groups, lobbied the Federal Government to install fibre optic cable as a way to boost business in the region.

That lobbying resulted in the early NBN Fibre to the Premises across parts of the region, though the NBN have limited their own fibre optic service offerings to one gigabit/sec at best, for commercial reasons.

Local entrepreneur, David Abrahams, who led the original NBN and Gigabit City push over a decade ago, is very pleased by the news.

“This will undoubtedly be a very significant economic development milestone for the Central Coast,” he said.

“It has come exactly at the right time, as the national economy is threatened.

“I’ve visited Gigabit cities around the world on behalf of investors and reported how areas such as Chattanooga in the US and Tallin in Estonia have boomed economically and socially as a result of a commitment from councils to provide these world class internet speeds.

“Indeed the original Gigabit City of Chattanooga was one of the only cities in the USA that successfully weathered the Global Financial Crisis, due in large part to digital industry growth and relocations.

“Nationally, Adelaide has built on its Gigabit connectivity and was last year ranked in the top 7 Smart Cities in the world for the way it has utilised the infrastructure across that city.”

“Business NSW has been advocating for the Central Coast to ‘Think Big’ and develop smart strategies to transform us into a smart region,” she said.

“Connectivity was a major theme of our 2019 Innovation Summit.

“For our region to become truly competitive, this piece of infrastructure is a necessary platform for boosting technology enabled industries and in turn provide the high knowledge jobs of the future, usually associated with the big cities.

“Demonstrating that local businesses are as smart and innovative as our city counterparts provides a vital narrative to our young people that they can achieve an exciting working career locally, and encourages necessary business investment and growth for the growth of our economy.

“Of course the devil is always in the detail, so how quickly we can move forward with this project will be key.”