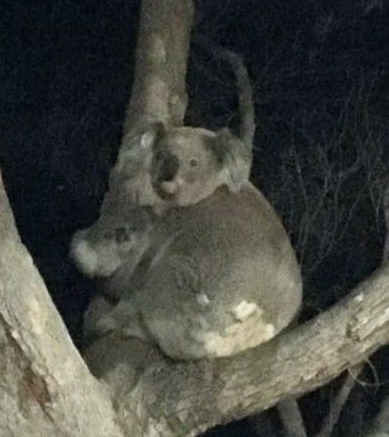 Coast Environmental Alliance (CEA) is pushing for a moratorium on all developments which have an environmental impact where core or potential koala habitat has been identified, and will hold a community rally in Gosford on March 13 seeking public support.

Spokesperson, Jake Cassar, said the group was calling for a halt to the Wallarah 2 Coal Mine until independent studies can take place regarding the koala colonies in and around the area.
“Studies should be made in the area proposed to be cleared for preliminary works, the train line (if that is still on the table) and (areas earmarked for) other associated infrastructure,” he said.
“(The studies should) take into account dust, air, ground water and noise pollution, and the impacts of increased traffic and subsidence on the surrounding environment.”
Cassar said the group was calling on local, state and the federal government to join forces to fund large scale studies into the region’s koala populations and how they can best be managed to maximize their potential to grow and thrive well into the future.
“We are hoping Central Coast Council can table a motion to write to the State and Federal Government to this end,” he said.
“Our ultimate goal is to make the Central Coast famous for being known as the largest natural koala sanctuary in the world, and get Central Coast Tourism, schools, universities and businesses behind the project.
Cassar said he welcomed recent notification from council that it is partnering with Local Land Services to undertake a survey with landholders in the Yarramalong Valley to collate recent koala sightings.
“Council is also planning to complete targeted koala surveys, at approximately 100 sites across the region,” the notification said.
Surveys are expected to be completed by the end of 2020, with the findings to guide the development of necessary planning control changes as part of the Central Coast Comprehensive Local Environment Plan project.
Cassar said the move was “certainly a step in the right direction”.
“Central Coast Council should be congratulated for this initiative, as should everyone who has written to Council regarding protecting our local koalas,” he said.
“I look forward to meeting with Council to get a clear understanding of the objectives and potential outcomes of this project.
“I envisage local schools, businesses, tour operators, bushwalking groups and environmental groups all coming together to support it.
“It could be something that bridges the gap between our local government and the community in an extremely positive and meaningful way.
“I think it’s important that we remain cautiously optimistic about the process, and make sure that the surveys are comprehensive and transparent.”
Cassar said that the rally on March 13 would be held outside the Gosford Council Chambers at 6pm and would specifically be pushing for a halt to Wallarah 2.
“This isn’t a protest,” he said.
“We are rallying the community to come together in partnership with our elected leaders to work together to ensure that every option is explored for protecting our koalas and their habitat well into the future.
“We already have some interest from local, state, and federal politicians regarding coming along to support the rally.”