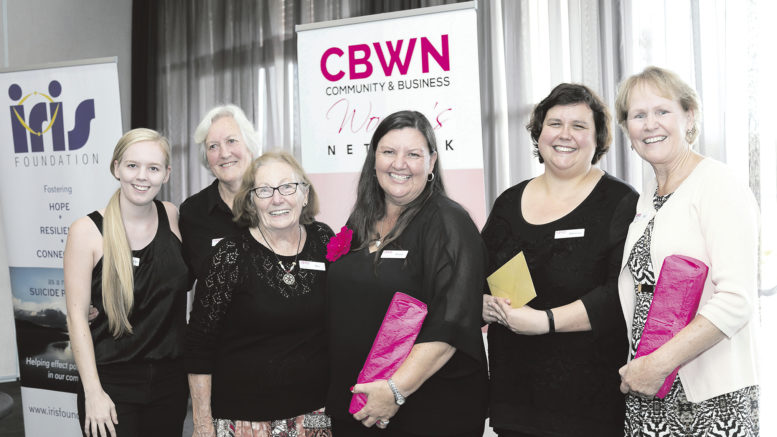 Sharyn Burgess (centre) with some members of the network

With International Women’s Day on March 8, it was fitting timing when Member for Wyong and shadow Minister for the Central Coast, David Harris, congratulated Central Coast businesswoman, Sharyn Burgess, in State Parliament on February 27.

Sharyn was being congratulated for having received Central Coast Council’s 2020 Citizen of the Year awards under the Business Connecting Community category.
Burgess is the creator of the Community and Business Women Network (CBWN), which aims to connect women in business and women in the community.
“Sharyn Burgess is also involved with Wyong Neighbourhood Centre and supports other local charities to achieve great outcomes for the community,” Harris told Parliament.
Burgess started the network in May, 2018, and she is Community and Engagement Officer with the Iris Foundation, which oversees it.
With a long background in working with various business chambers, she saw a gap in networking opportunities for women in the north of the region.
“I am passionate about women being involved in business and the community and there was just nowhere for them to meet and support each other at the northern end of the Coast,” she said.
“Our mission is to cultivate an environment where local women are able to network with confidence and equality, to be enriched through learning, to prosper through connection and friendships, and to give back to our community.”
In under two years, the network has grown to include 260 financial members and has spread its wings to Gosford, with a meeting also planned for Ettalong in coming weeks.
“I was approached to expand the network to the south of the Central Coast and set up my first meeting in Gosford in September, 2019,” she said.
“I was hopeful I might get 50 women along, but 103 booked in and I had to cut off numbers.”
A second meeting in February, attracted 98 women.
“It’s wonderful to see the network spreading,” Burgess said.
“All these women are using each other’s services, getting customers from each other and keeping business on the Coast.
“I would say this has resulted in close to $1M being injected into the Coast since the network began.”
“Many of the ladies who come along work from home and it’s important for them to be able to get together with other women in similar circumstances.
“And it’s not just for women in business.
“We have some retirees who come along and just want to feel connected to the community.
“We are also seeing a lot of women who are new to the area and we are helping them make friends as well as business contacts.
“Women need other women – it’s as simple as that.”
Burgess is excited that as the network expands, there is now the option for women all over the Coast to be involved.
“We do community fundraisers too and have helped such groups as the Iris Foundation, Give Me 5 for Kids and Because we Care Central Coast.”
Burgess said she was “blown away” by the Council award.
“I couldn’t believe it; I was really shocked,” she said.