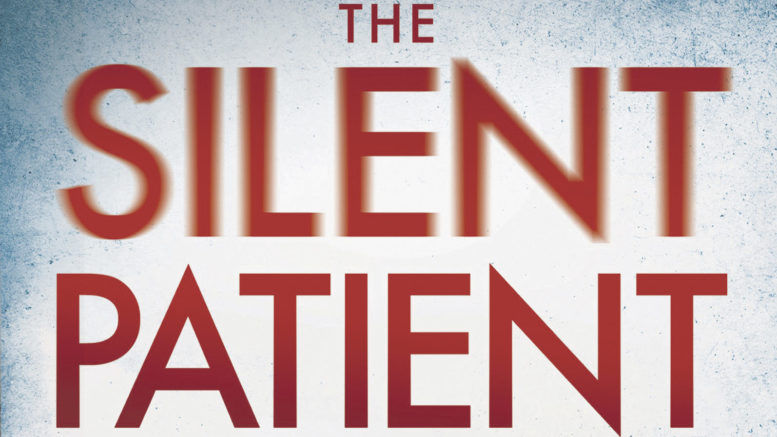 She didn’t want to, but she was urged by Gabriel to write down her thoughts – Gabriel has sensed Alicia is depressed.
Alicia thought she was hiding it, but he noticed – he notices everything.
Alicia loves Gabriel very much and doesn’t want to cause him any concern, so she writes about joyous things, “no crazy thoughts allowed”. In ‘The Silent Patient’, we first meet Alicia six years after she killed her husband, Gabriel.
At the time of the murder they were living a seemingly perfect life in a beautiful house in north-west London – Alicia was 33 and a celebrated painter and Gabriel 44, a successful fashion photographer.
A neighbor hears gun shots around 11:30 at night.
Police are called and Alicia is found, standing by the body of her husband who has been shot in the face five times, frozen with terror, a gun on the floor nearby.
Alicia also has wounds, deep cuts to her wrists.
Alicia is silent when she is questioned by police the following day.
She is silent when she is charged with Gabriel’s murder.
She is silent when she is arrested.
She doesn’t write, she barely eats, she barely sleeps.
She does paint.
She completes a painting a few days after the murder, a self-portrait entitled ALCESTIS.
Alcestis is a heroine in Greek mythology who sacrifices her life to save her husband.
Alicia is condemned for the painting and some consider it to be a confession.
Her notoriety causes the price of her artwork to skyrocket.
During her trial the defense enters a plea of diminished responsibility given Alicia’s history of mental health problems.
The judge is swayed by the testimony of Professor Diomedes, Professor of Forensic Psychiatry at Imperial College and clinical director of The Grove, where Alicia is subsequently admitted.
We then learn that the narrator of the story is Theo Faber, a criminal psychotherapist, who is fascinated with Alicia.
He wants to help Alicia, heal her, fix her.
After waiting years, a position becomes available at The Grove and he applies for it.
Theo has issues too – he was abused as a child and his wife, Kathy is cheating on him.
He gets the job at The Grove and sets out to save Alicia.
He tries talking to people who knew Alicia, her brother in law, her art dealer.
He gets her medication reduced by going above her doctor’s head.
He becomes consumed with trying to get Alicia to talk but, in unraveling her mystery, Theo himself becomes unraveled.
The Silent Patient is a psychological thriller with lots of twists and turns.
It is Michaelides debut crime-suspense novel and has already received widespread praise, selling over a million copies worldwide and now subject to a movie deal.
He was inspired to write it while doing a post-graduate course in psychotherapy and working part-time in a secure psychiatric unit for two years and it is therefore premised on strong knowledge and research.
The real art however lies in the way he slowly and methodically develops the main characters, slowly and immersive unravelling their mental state.
It is obviously a meticulously planned book, with multiple timelines and story-telling mediums, including the emergence of the narrator as a character and the parallels with the Greek tragedy of Alcestis.
It is less an investigation of a crime and more an investigation of the criminal’s mind.
It does not rely on flashy or pacey action scenes, but still creates plenty of and twists and tension.
It also had an extraordinary ending I just didn’t see coming.
I really liked this book – it’s one you really must add to your list!

Book Review – When the Apricots Bloom