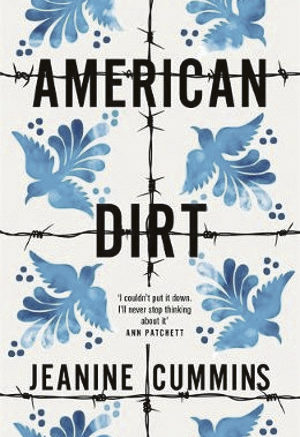 When I think of Acapulco I think of sun, beaches, resorts and the Love Boat (for those old enough to remember that show).

What I don’t think of is one of the most dangerous cities in Mexico, if not the world, where gangs and drug cartels have taken over and driven tourists away.
This is the Acapulco that Lydia Quixano Pérez and her son, Luca live in.
Lydia owns a bookshop and she toys with an emotional affair with a customer, Javier Crespo Fuentes.
Lydia’s husband, Sebastian is an investigative journalist, one of the deadliest professions in Mexico.
Sebastian has been working on an assignment to unmask “The Owl”, leader of a ruthless drug cartel, the Los Jardineros cartel.
He has received death threats telling him that if he didn’t stop writing about the cartel his whole family would be killed.
He didn’t stop.
Lydia and Luca are upstairs when bullets start flying through the room house.
They hide in the shower while the rest of their family and friends, outside celebrating a 15th birthday party with a barbeque, are brutally murdered.
The cartel killing party stops to survey their crime, they stop to eat chicken.
When the police finally arrive, they are no comfort to Lydia – the cartel owns the police, they own the medical examiners, they own the town.
As it turns out, Javier is actually La Lechuza, head of the Los Jardineros cartel, which has just taken over, squashing their biggest rival.
Lydia and Luca must escape Acapulco – she must travel through Mexico north to America.
She knows that the news of her survival will soon reach La Lechuza.
She also knows that the cartel has tentacles throughout the country and that she cannot trust anyone.
And so begins their tension-filled journey as migrants, people she had previously never understood, people that “would leave their homes, their cultures, their families, even their languages, and venture into tremendous peril, risking their very lives, all for the chance to get to the dream of some faraway country that doesn’t even want them.”
They meet Soledad and Rebecca, two young girls that have escaped violence of Guatemala.
But there are many others who do not want to help.
“This path is only for people who have no choice, no other option, only violence and misery behind you,” a priest warns them early on their journey. “Many will be maimed or injured. Many will die. Many, many of you will be kidnapped, tortured, trafficked or ransomed … every single one of you will be robbed.”
American Dirt is a kind of Odyssey, with the United States as Ithaca.
It has also become a very controversial book.
On one hand it has topped of the bestseller list, become an Oprah Book Club pick, drawn rapturous praise from celebrity authors and even been compared to Steinbeck’s The Grapes of Wrath.
On the other hand, author Jeanine Cummins has been widely criticized by Latino writers for being unrealistic, promoting Latino stereotypes and exploiting the migrant experience for the benefit of white readers.
David Bowles, a writer and professor of Mexican American heritage calls the book “harmful, appropriating, inaccurate, trauma-porn melodrama” in a particularly scathing review.
Cummins says in her afterword that she is “acutely aware that the people coming to our southern border are not one faceless brown mass, but singular individuals, with stories and backgrounds and reasons for coming that are unique.”
American Dirt is her attempt to tell one of those stories, but it has been described by many as being aimed solely at providing the propulsive, shock-violence designed for film (the rights have already been optioned by the company that produced The Mule).
I’m not Mexican, so I’m not well-placed to enter this debate.
I enjoyed the book.
I found the transition of Lydia from a mere observer of the evening news of lost, traumatized migrants (as almost a different species), to becoming one herself with the responsibility of her child and sole remaining loved one, to be highly engaging.
For all its sins, including its graphic violence, it shocked me into feeling more deeply attuned to the atrocities faced by so many and their scary and perilous plight from Central and South America in search of safety.