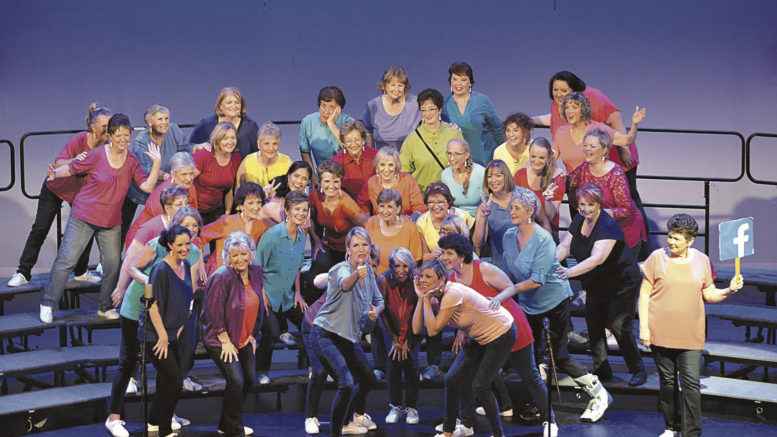 Coastal A Cappella, the Coast’s homegrown award-winning a cappella singing group, is preparing to compete in the a cappella national championships in May.

Prior to that, they’ll be performing a special showcase of their competition repertoire and favourite numbers on April 5.
The 40-member group will present A Cappella in the Valley at Narara Valley High School
They’ll also be joined by some young up and coming singers from the Coast for a fun afternoon of entertainment.
“Sometimes it’s difficult to contain their enthusiasm,” said Music Director, Linda Wareham.
“We’re part of Sweet Adelines Australia, a music education organization, and there’s always something new to learn, and they love it.
“We perform on the Coast regularly, which is one of their favourite things to do,” Wareham said.
In May, Coastal A Cappella travels to Hobart to compete with around 20 other choirs at nationals.
In the past, they’ve won Best Small Chorus as well as a host of other medals, and were the inaugural winners of Short+Sweet Sydney.
They also regularly compete at the Sydney Eisteddfod.
Sweet Adelines recently celebrated 30 years in Australia and all choruses learned Helen Reddy’s iconic ‘I Am Woman’ number for a combined video.
Coastal A Cappella chose to do their rendition outside Somersby’s Australian Reptile Park, with the full video available on YouTube.
A Cappella in the Valley will commence at 2:30pm with doors opening from 2pm.