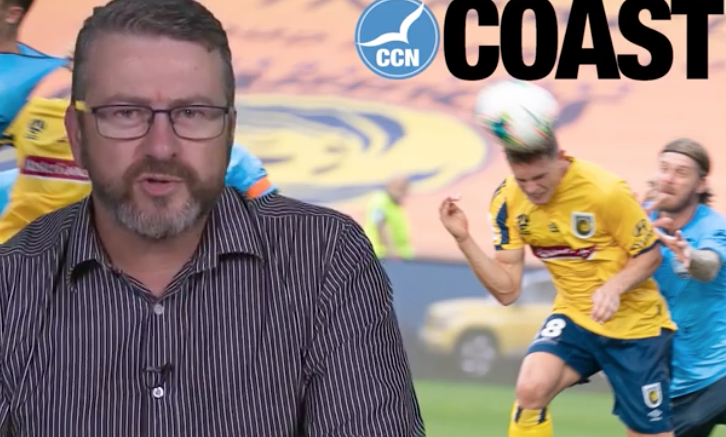 Around the Grounds sports results

That’s a short clip from last year’s final of the Grand Final of the 2019 Spalding Waratah League which the Central Coast crusaders won in the last moments from Many Warringah.

On Saturday night, the Crusaders launched their new season and there was plenty of excited anticipation at the event with the club fielding six sides and bringing in some serious coaching strength in 2020.

The first home game will be at breakers Indoor Stadium on March 7.

Nicole McDermott finished on the podium again at the Sydney Track Classic on the weekend.

McDermott and her Victorian rival and good friend Eleanor Patterson both cleared 1.94m before both missing attempts at 1.97.

McDermott continues to aim for the elusive 2 metre mark and will reset now for the Wellington Track Classic next weekend.

The event also served as the first round of national team selection trials ahead of the Olympics and saw over 150 athletes from ten countries competing.

Among the local standouts was Ella Beere who joined forces with Kaley Harlen from Sydney’s northern beaches to win the U23 Womens K2 500 and then finish 5th in the open Womens K2 500.

Beere was also a member of the winning team in the Open womens K4 500.

Riley Fitzsimmons and Lachlan Tame also featured on the medals list, including their win in the Mens Open K4 500.

Perhaps the most eye-catching performance however was from 15 year old Natale Drobot broke the national U16 record in the Womens K1 500.

Drobot also team up with Hariette Alexis from Bayswater to win the U18 Womens K2 200 and was part of the U18 K4 500 team that finished second.

And it was another frustrating night for the Mariners and their fans as the local side went down 3-0 to Sydney FC.

The Mariners defence conceded a very soft goal after just 8 minutes but lifted to put enormous pressure on the competition leaders.

The Mariners finally broke through late in the first half with a scintillating header from Gianni Stessness, only to be denied once again by the VAR.

Sydney then showed the class that has put them on top of the A-League ladder with two late goals – and the last one really was something to behold.

Kincumber-Avoca have emerged victorious in the U21 Glenn Rowlands Shield, defeating Southern Spirit to take out the title for the second year in a row.

In a rain-reduced 18-over match, Spirit won the toss and sent the Griffins in to bat.

A third wicket stand from Dan Heuston and Bryce Birks helped guide Kincumber-Avoca to a score of 8-86, with ES Jones taking 3-14.

Southern Spirit’s innings started badly losing two wickets in the first over and, despite a strong knock of 28 by Lachlan Cork, they collapsed to be all out for 69, with Dylan Booth taking 3 wickets for 18.

Bryce Birks from Kincumber-Avoca was named player of the Finals

In other cricket, the final round of two-day cricket barely got underway this weekend with two games being cancelled and one being shortened due to rain.

In the one match that was played out, Northern Power helped their chances of making the finals by dismissing Wyong for 112 and finishing Day 1 at 2 for 59.

Brendan Charlton once again did the damage with the ball for Northern power taking 3 for 54 off 21 overs.

And finally, in the U16 Andrew Johns Cup the Central Coast Roosters have defeated the Greater Northern Tigers 22 – 10 at the Farrer Agricultural College, Tamworth.

The Tigers got out to a 10 nil lead but the Roosters then piled on the points to take control of the match and run out comfortable winners.

Well that’s all for this week.

Check out the internet and mobile phone deals on offer from MATE, proud supporters of sport on the Central Coast.

And we’ll see you next Monday with another wrap from Around The Grounds.