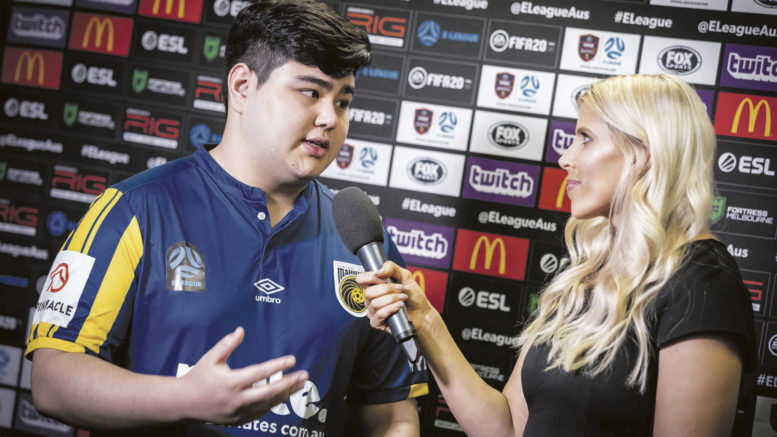 The A-League is not the only football tournament that Central Coast Mariners have ladder issues in. After Match Day 1 of the third Australian E-League series, the Mariners’ team chalked up five losses and one draw in their six matches.

Sydney FC’s dominant duo of Playstation 4 star FUTWIZ Marko and Xbox One ace FUTWIZ Jamie, ran up five wins and a draw from their six matches at ESL Studios in Sydney on Saturday, February 15.

It was a tough first leg for the Central Coast E-League boys, Kiran Gupta (KyrenFC) and Jesse Da Silva (JesseD1996).

Gupta expressed his disappointment with the outcome on Twitter and praised the quality of the competition this season.

“Definitely not the results we would have hoped for after 6 rounds, but it shows the calibre of players in the league this year,” Gupta said.

“I didn’t have enough possession and create enough meaningful chances in order to get the results we needed.

“Definitely played too aggressively on defence as well, and it cost me.”

“It’s something that Jesse and I will have to work on in the lead-up to Matchday 2 and the finals.” Gupta said.

Gupta and Da Silva are now looking ahead to the second leg of the competition, a chance to improve their standing on the league table.

They have three weeks to prepare before they return to ESL Studios Sydney on March 7 to play the final five rounds, and then it’s on to Fortress Melbourne for the Finals Series on May 9.

Mariners first home game of the season a lesson