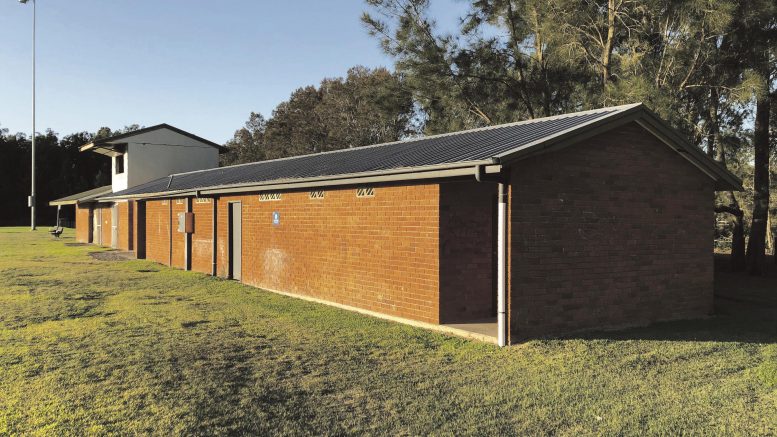 Work is underway to rebuild the sportsground amenities building at Don Small Oval, Tacoma, which is expected to be ready for occupation by July.

The new block replaces the original Wyong Lakes Australian Football Club building which was destroyed by fire in 2013, and the existing dilapidated amenities building.

There will be new male and female toilets, unisex accessible facilities and changerooms, canteen, clubroom and storage areas.

It was funded by the Federal Government, the State Government, Central Coast Council and the AFL NSW/ACT.