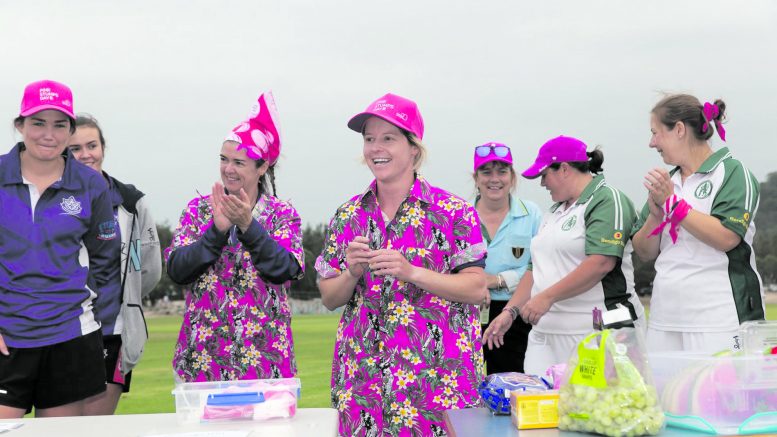 The penalty arose from a Pink Stumps Day fundraiser held by the club which raised more than $5000 for the McGrath Foundation for breast care nurses.
The Association had proposed sanctions which included a $1000 fine against the club, believed to have been the largest fine ever proposed by the Association, after the women’s team wore pink Hawaiian shirts for their game against Narara on January 11.
“Sanctions were proposed after it was determined players had blatantly disregarded a direction from the Association,” said Association chairman Mr Paul Deaves.
“On two occasions prior to the event, the club requested approval to wear the pink Hawaiian shirts and were twice denied.”
He said representatives from Southern Spirit had been invited to make a submission and present their own evidence in response to the Association’s findings.
He described reporting of the event as a “spreading misinformation”.
“All we did was follow the rules set out in our constitution,” Mr Deaves said.
“At no time prior to the hearing were Southern Spirit Cricket Club subjected to any sanctions or penalties.”
Southern Spirit Club secretary Mr Jack Wilson said the club was happy to have the matter settled and to move on to the finals.
The women’s T20 teams look set to finish as one of the top two teams on the ladder.
Ms Oman’s suspension will see her miss the first week of semi-finals, but she should be available should the team make the grand final.