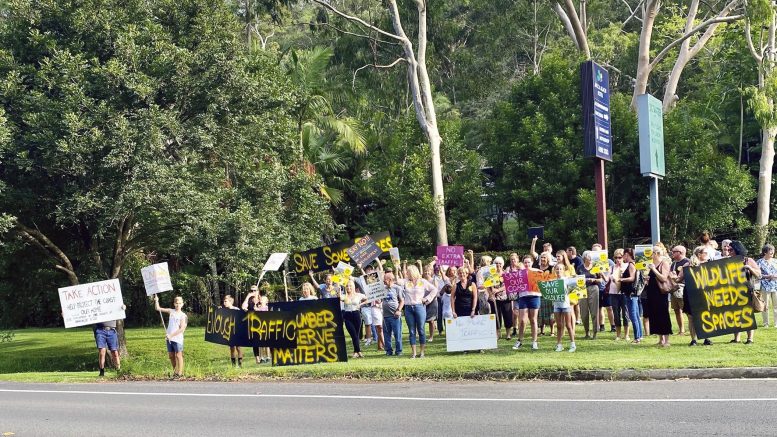 Controversy continues to rage over an over 50s manufactured home resort and caravan park proposed for rural land at Avoca.

Four information sessions were conducted on February 5 and 6 by Choice Living Avoca Developments, which plans to build a $19.7M development on the site of the former Bangaloe Stud, comprising 202 manufactured homes, short-term caravan sites, community buildings and amenities.

But the Kincumber and Picketts Valley Community Action Group (KPVCAG) says the session did little to reassure residents.
KPVCAG spokesperson, Graham Murray, said that while the group appreciated the efforts made to reach out to the community, many concerns had not been alleviated.

“As the information sessions were limited to 15 people, representatives who had attended a session addressed a community meeting at Avoca Beach Hotel, where 150 people attended, and were informed of issues arising out of these sessions,” Murray said.

Murray said issues which had not been fully addressed included the loss of 500 trees, damage to the green corridors and the (fate of) threatened species within the 24.12HA site.

“Other issues which have arisen from these information sessions and the community meetings include the amount of confusion that surrounds the E4 zoning and what is permissible and what is not,” Murray said.
“This obviously heightens the entire community’s concern about future over development, particularly in the green hinterland surrounding Avoca Beach.

“Also, the developers have a dismissive attitude toward our major concern of the surrounding strained road networks.
“It appears they will leave it up to Central Coast Council and state road authorities to deal with the impact that this development will have on the current infrastructure.

“Our other heightened concern is potential issues with a possible evacuation of an additional 400 people from a bush fire prone area.
“Brentwood Retirement Village, directly across the road, already consists of 400 dwellings plus a planned 108 bed nursing home to be built soon.”
But project director for the development, Mark Sargent, said all issues of concern raised by those attending the information sessions had been addressed.

“These issues were addressed at length, but as any developer on any project, particularly one on this scale, knows, there is a vast difference between addressing issues and people being satisfied with how they are addressed,” he said.

“There are strong mechanisms under the Development Application (DA) process which see many of these issues still under assessment.”
Sargent confirmed that each session had been limited to 15 pre-registered attendees, but said that although the two Tuesday sessions were well attended, only four people attended the afternoon session on Wednesday, and just one person was in attendance at the evening session.

“We were surprised at the attendance numbers, given the amount of interest show prior to the sessions,” he said.
“We notified around 230 households in the area that they were welcome to register for a session and registration information was also readily available on our website.

“We believe that we gave people an opportunity to raise issues of concern but understand that people have busy lives and varying levels of interest.”
Sargent said the development proposed accommodation of a type not yet available in the area for older residents.
“As the population continues to grow, people aged over 65 will form an increasingly large portion of the general population,” he said.