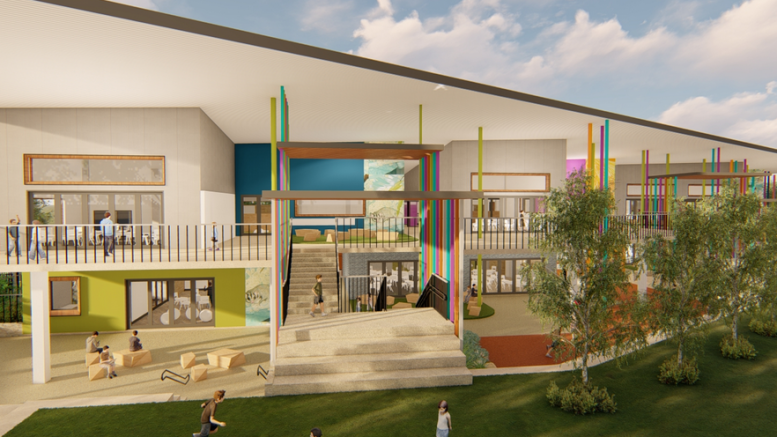 An concept drawing of the proposed new school at Warnervale

NSW Labor leader, Jodi McKay, has slammed the Berijiklian Government for failing to deliver 116 promised new schools and upgrades across NSW, including at Warnervale and The Entrance, leaving a legacy of overcrowded schools and the worst student performance in 20 years.

She said the Liberals and Nationals have not allocated money in the NSW Budget for these schools and some of the promises to build them date back years.

Wyong MP, David Harris, said the new school at Warnervale had been promised for two Budgets, but still there was no firm starting date.
“This is despite the current Warnervale Public School being crammed with demountables, taking away valuable playground space and causing overcrowding,” he said.

“There are new subdivisions full of houses being built, but still no school.
“There is zero talk about what will happen with high school aged students.
“The Berejiklian Government must do better,” Harris said.
Labor leader, Jodie McKay, said the government had been in power for nine years and it was not building or upgrading schools fast enough.
“Too many communities are being strung along while waiting for election promises to materialize,” she said.

School celebrates half a century

Labor MPs call for clarity on students’ return to school