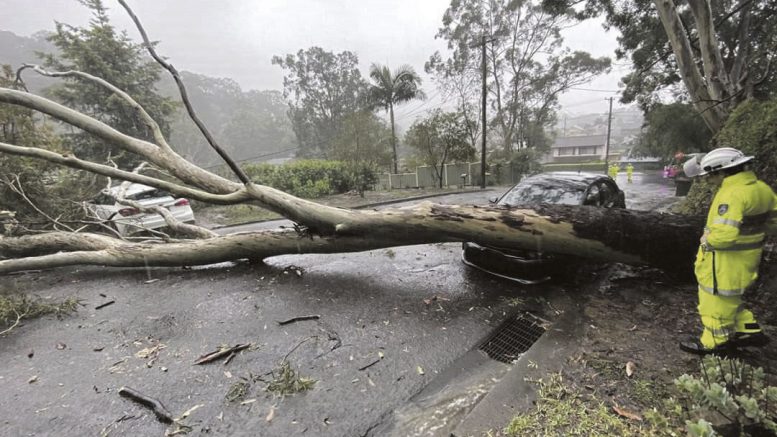 Strong winds and heavy rain between February 8 to 10 caused power cuts, road closures and the cancellation of train services on the Peninsula.

Trains from Gosford and Hornsby were cancelled and rail commuters from Woy Woy were being transported by buses while infrastructure damage was repaired.

Brickwharf Rd at Woy Woy was closed and several roads in Umina were flooded. Grandview Cres in Hardys Bay was blocked when a tree fell over the road,

Residents in many areas of Umina, Ettalong, Pearl Beach and Patonga were without power for several days.

A statement issued by Ausgrid said it was one of the worst storms to hit the network in the past 20 years, with damage including fallen and snapped power lines.

Power was not expected to be restored in some areas until the end of the last weekend.

“The aggravating fact is that with the high tides we’ve been having in some areas of the Peninsula and around Woy Woy, the drains draining into Brisbane Water actually don’t work because the level of the Brisbane Water is higher than the drain,” he said.

“It’s tidal, so when the tide goes out the water can drain away.”

All beaches were closed last week and warnings issue to avoid waterways because of risk of pollution due to stormwater run-off after extended heavy rainfall.