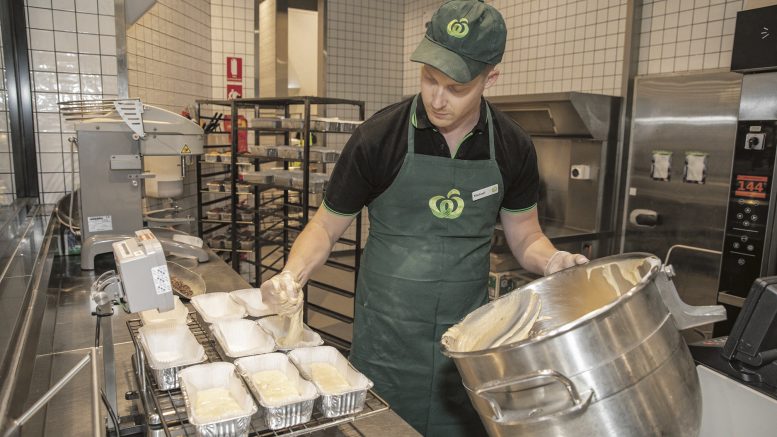 Overripe bananas from Woolworths stores at Erina, Gosford and Lisarow are being baked into banana bread loaves in-store, with 50 cents from every loaf sold being donated to food rescue charity, OzHarvest.

Saving the bananas from going to landfill, the move follows Woolworths’ successful OzHarvest Christmas Appeal, which saw more than $1M raised for Australians in need.
There are two varieties of the banana bread available, original and Cadbury Chocolate Chip.
Woolworths Group Manager, Martin Allison, said the company was always looking for ways to reduce food waste.
“When we heard that our bakery team could use the store’s overripe bananas and turn them into delicious banana bread, we thought it was such a terrific idea,” Allison said.
“We believe locals will be excited to hear that they can now pick up a banana bread that not only diverts bananas away from landfill, but also helps feed insecure Aussies in need.”
OzHarvest CEO and Founder, Ronni Kahn, said a huge volume of food goes to waste unnecessarily every year.
“Finding ways to re-use or redistribute this surplus food underpins everything we do,” Kahn said.
“It’s so encouraging to be able to work with Woolworths to create an innovative solution to combat food waste.”
Woolworths Banana Bread is available in Woolworths stores with in-store bakeries across Australia for $4 and it has no artificial colours, flavours or preservatives.