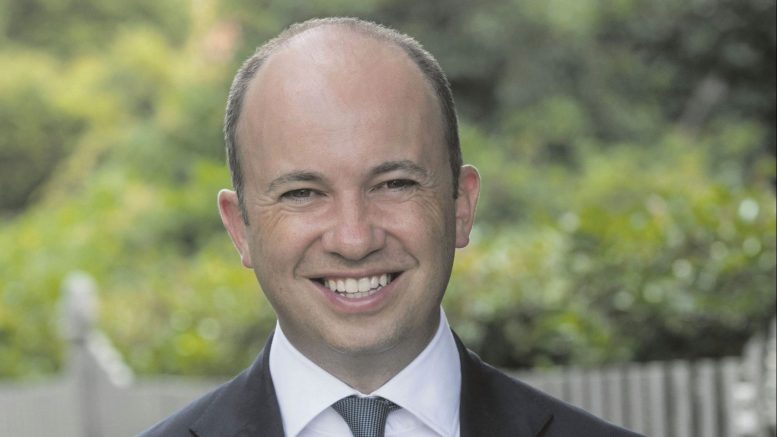 [Ministerial correspondence] As a conservative, I have enormous faith in the power of markets.

To function properly, however, they need to respect and capture the flow of capital. Global investors are patient and seek long-term, reliable returns – and when it comes to climate change, they have spoken.

These days, investors they are gravitating towards renewable energy because they increasingly see risks attached to more traditional sources. That’s making it the cheapest form of new electricity generation.
Likewise, global and domestic financial regulators are cautioning corporate boards and super funds to take account of climate risks.
In short, there is a consensus in financial markets around the issue of climate change.

So too do we have a scientific consensus.
In fact, bar the outlier of the US, every major country in the world has accepted climate change is real and signed onto the Paris Agreement to limit global warming.
The conservative hero of the day, Boris Johnson, has made acting on climate change a central plank of his re-elected government’s agenda.
What’s been missing is a policy consensus to match the inevitable trajectory of capital and science.

The good news is we are now one substantial step closer with the bilateral deal signed by the Commonwealth and NSW Governments.
The agreement is a function of months of ambitious goal setting, detailed policy work and good faith negotiations, and commits around $3 billion of funding, loans and underwriting support to achieving the trifecta of reliable electricity supply, lower prices and emissions reduction.
It is the largest single state-based financial commitment to emissions reduction in the nation’s history and represents a massive green deal for NSW.

The approach underscores the commitment I gave in my early days as Minister for Energy and Environment – NSW does not see incompatibility between economic and environmental outcomes as we seek to transition our energy mix, nor will we compromise our principles to achieve it.
The bilateral deal supports carbon abatement measures such as capturing methane from mining and land-based carbon farming projects.
But it goes radically further.

In the NSW Electricity Strategy I released last year, we unveiled a plan to deliver Australia’s first coordinated Renewable Energy Zone in the Central West to support the new generation needed to bring energy bills down.
The 3000 megawatt Zone will generate sufficient energy to support around 1.3 million homes.

It is the first of three proposed for NSW, and now has the blessing and financial backing of the Commonwealth.
NSW is already a leader on renewable energy.
As of January 2020, we have 100 private sector proposals to build large renewable generators either approved or progressing through the planning system.

If they all land, that’s an extra 17,500 MW of additional nameplate capacity in the network, and about $24 billion injected into regional economies.
And that’s the larger point.
The global economy will need new technologies and fuels to become carbon neutral and the race to reach net zero emissions is now on.
NSW can lead this economic opportunity by exporting our IP and clean energy to the rest world and we would be negligent to miss that opportunity.

Australia has always been a net importer of capital, and to continue to attract it we need to move with the current direction in financial markets I cited earlier.
The objective then is to convert that capital into ideas and projects we can export back to the world.

Our existing leadership in maximising wind and solar resources gives us a head start in producing the low-emissions products and fuels, such as hydrogen, that other countries are going to need to decarbonise.
The new industries that emerge will trigger a wave of investment, innovation, construction and employment – particularly across regional NSW – to sustain its economy for decades to come.

Climate change is an enormous environmental threat but reducing emissions need not be an economic one if we craft a policy architecture that yields lower prices, reliable electricity supply, more jobs and new industries.

That’s precisely what NSW is continuing to do, and it’s why the climate consensus struck should allow warriors at both ends of the spectrum to see we now have a legitimate and sensible way forward.