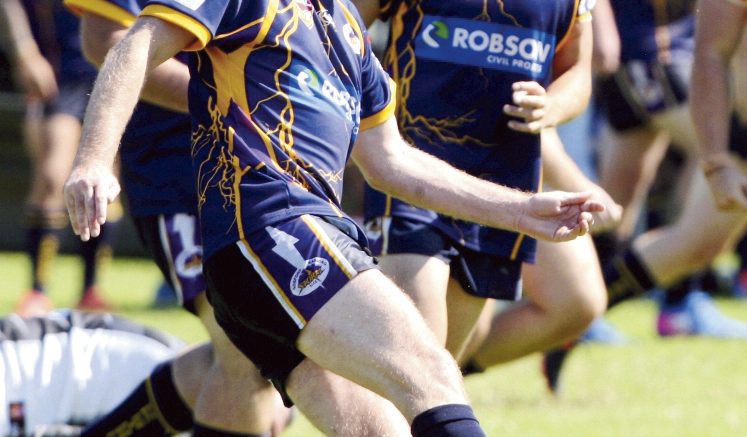 The Lisarow-Ourimbah Magpies tightened their grip on the 2019/20 minor premiership downing Warnervale in emphatic fashion on Saturday, February 1.

The Magpies posted a formidable 271 on Day 1, including 75 from Captain Blair Lyndsay and a storming 60 off 45 balls from Ben Sunshine.

The Warnervale Wildcats however showed some early resistance, resuming on Day 2 at 1/53.

Tony Cornwall then took to the Lisarow-Ourimbah bowlers to move the score to 1/93.

But when Cornwall mistimed a pull shot off Mat Jones and holed out to mid wicket for 32, the score was 5-140 and the Warnervale tail capitulated to be all out for 145.

Ben Sunshine was the stand out in that match, hitting 60 runs and taking 4-27 with the ball.

At Jubilee Oval, Narara-Wyoming Lions also cemented themselves in the top four with a 54 run win over The Entrance Seagulls.

Resuming at 5-27 and having lost key bastman, Marc Mariner, through the week to injury, the Seagulls lost two early wickets before Jason Blackwood and Kobe Allison staged a fightback.

The pair put on 59 for the eighth wicket before Allison was adjudged LBW for 31, and Blackwood was dismissed for 45, giving Narara-Wyoming first innings points.

Kyle Jordan was the pick of the bowlers once again, claiming three scalps, while young spinner, Tom Owen, also picked up three wickets.

Over to Duffys Rd and Northern Power’s finals aspirations took a hit as they fell 39 runs short of Terrigal-Matcham Bellbird’s first innings total.

Resuming at 2-9, the Power lost Brendan Charlton before Ben Gillies combined with Chris Archer to add 46 for the fourth wicket.

The Power middle order then fell in a hole, losing 3-6, including Gillies for 40, and could not recover, finally being bowled out for 104.

Josh Bridge claimed his third five wicket haul of the year for Terrigal-Matcham, while youngster, Austin Haba, claimed his best figures in first grade, with 3-20.

Both teams were in need of bonus points with the finals looming, and it was Terrigal-Matcham who gained an all important half point, finishing 3-75, with first innings star, Reece Bombas, continuing his form with 37.

The result sees the Bellbirds jump the Power into fifth spot on the table, with two games remaining.

In the final match of the round, Wyong pushed themselves further away from the wooden spoon with a 56 run win over Southern Spirit.

Sitting at 5-47 at the start of the day, Southern Spirit needed a big partnership but just couldn’t find one.

Mitch Way smoked 31 late in the innings, but it was all too late with the Spirit being bowled out for 143.

Kaleb Daley was the pick of the bowlers for Wyong, taking three wickets.

With plenty of time still in the day, Wyong had another dig, and the Spirit fought hard, bowling the Roos out for 99. Leg spinner, Ben Orman, bowled with beautiful flight and guile to take six wickets.

Sheamus Kelly was the best of the bats with 32.

Mitchell Fiddock top scored with 20 for the Spirit.