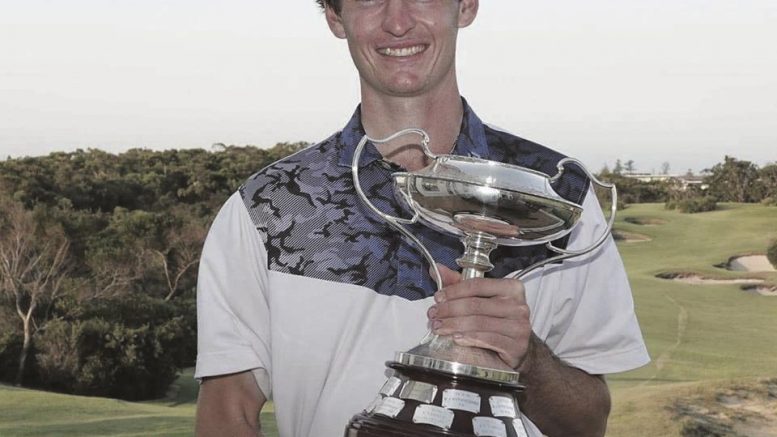 Kooindah Waters Golf Club member, Lloyd Radcliffe, has ended his amateur career in style, after taking out the 2020 NSW Cup.

Radcliffe won the tournament following rounds of 75 and 73 in very hot and windy conditions.
Radcliffe’s morning round saw him four shots adrift of competitors, Joe Trinder and Zac Mullins (71), but he handled the afternoon conditions with great poise to claim the trophy by two shots from NSW Golf Club member, Ben Connelly (150 cb) and Michael Lambert (third – 150).
The Cup was his last tournament as an amateur, with Radcliffe now preparing to join the Professional Golfers’ Association Tour at the Victorian Open in February.
A spokesperson for Kooindah Waters GC said all members were incredibly proud of Radcliffe and were excited to see him embark on the next leg of his career.
“Congratulations Lloyd, you have a huge future ahead of you and on behalf of all of us at Kooindah Waters, all the best in your first event on the PGA Tour,” the spokesperson said.

Could golf be the last sport standing?