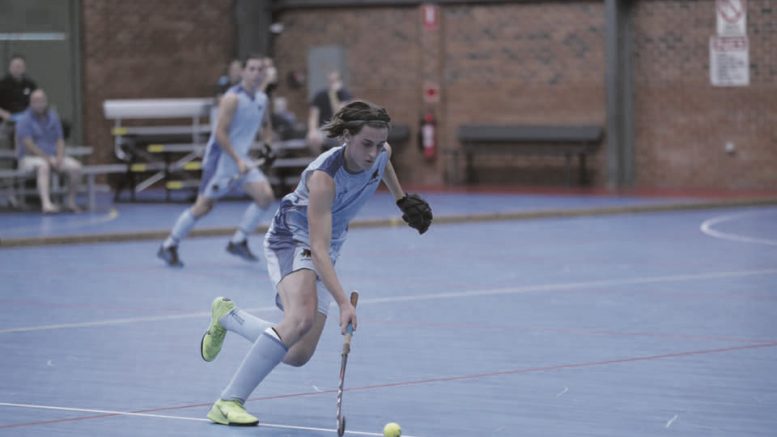 A contingent of Central Coast Hockey Association (CCHA) players has returned from the National Indoor Hockey Festival with medals under their belts.

The festival was held in Wollongong from January 4 to 26, with CCHA having players and officials taking part across several divisions.

Alex Morrison was the first CCHA athlete to medal, picking up the bronze with her NSW teammates in the Open Women’s competition.

This was followed by Gosford’s Kael Webster, who picked up a silver in the U21 Men’s State and a gold in the U18 NSW Boys’ State teams.

Webster was subsequently selected for the Australian U18 Boys’ squad who will go into an intensive four-day development camp.

Ella Carr and Lara Drennan (U13s) were prominent goal scorers throughout the tournament, scoring 4-5 goals each.

A handful of CCHA athletes also came agonizingly close to the podium, including Noah Needham in the Under 15 Boys’ Blues (fourth) and Rhiley Carr in the Under 21 Men’s Blues (fifth).

The National Indoor Hockey Championships marks the peak of the Indoor Hockey summer series and attention will soon turn to pre-season fixtures ahead of the winter outdoor hockey season.

In separate hockey news, former Central Coast player, Matt Dawson, has cemented his place in the Australian Kookaburras ahead of the 2020 Olympics in Tokyo due to commence on July 24.

The Kookaburras qualified for the Olympics with their success in the Oceania Cup in 2019.

Dawson was also part of the Australian team which lost narrowly to Belgium in the International Hockey Federation (FIH) Pro League match at Sydney Olympic Park on January 25.

“We always knew it was going to be tough out here, and it’s come down to the last two minutes of the game.” Dawson said after the match.

“It’s disappointing to lose, but it is something we can build on.”