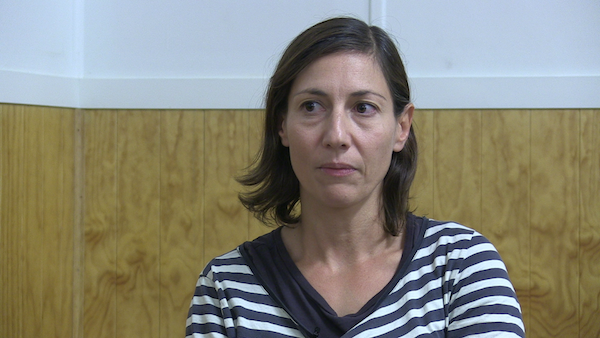 [Editorial] Vicki Moss from Umina suffered from insomnia, fatigue and a debilitating buzzing in her ears. These symptoms were accompanied by anxiety, shortness of breath and what she describes as “brain fog”.

After years of medical consultations and mis-diagnoses, Vicki discovered she was one of hundreds of people suffering from electromagnetic hypersensitivity syndrome or EHS. She has moved four or five times, but says she cannot escape the impacts of electromagnetic radiation.

Moss’s sensitivity is triggered just by the relatively low frequency 3G and 4G technologies. According to many, the rollout of new 5G technology presents much greater risks because it operates at frequencies 30-100 times higher than 4G technology.

More and more people are becoming worried that what previously affected only a small subset of people predisposed to radiation may soon impact whole communities. And they haven’t had a chance to have a say.

On Saturday, January 25, a large cohort of Central Coast residents travelled to Sydney to join the Stop5G protest. Around 250 protesters in total marched to Circular Quay stopping along the way to protest outside both the Optus and Telstra shopfronts.

The group is part of a broader international movement calling for more detailed research into the health impacts of 5G before a large-scale rollout occurs. Protest organizer, Mercy Wolf, said: “I’m really happy with the turn out, we had people from all over Australia attending” The group has two primary concerns with 5G.

Many people are concerned with the health impacts of the high frequency radiation but, at a higher level, there is a concern over regulatory failure in respect of the lack of community consultation with towers set to be installed outside of schools, private streets and other public community facilities.

Some protestors have even raised issues about their personal freedom and protection of privacy with the ability of corporations or government to activate devices in people’s houses or access their private information.

Mercy said it is the potential for surveillance and impacts on personal freedom that were her main motivators to raise awareness on this issue. The campaign to stop, or at least pause, the rollout of 5G has however, hit several roadblocks in recent weeks.

The government launched a $9 million advertising campaign to counter some of the concerns highlighted by the Stop5G movement. Many protestors welcome the government communication on the issue but say there is no definitive research to back their claims up. A portion of the funds appear to be set aside for safety studies, but exact details are yet to be released.

Some of the more cynical protestors said the campaign had no other purpose than to support the large telecommunication companies and payments that would likely flow to government for the sale of 5G spectrum. There are reportedly around 70 groups in Australia now seeking to stop or pause the 5G rollout with an estimated 50,000 active members.

Even a newly political party has been mooted to take the battle to Canberra. In another setback for the Stop5G movement, Magistrate Hayd Stjernqvist in Maroochydore Magistrates Court dismissed a case brought by Peachester resident, David Evans, as “incompetent”.

The court reportedly awarded damages of $136,000 to be paid by Mr Evans to the NBN, acting as a big deterrent to further legal challenges. Evans told reporters: “I’ll obviously lose my house – effectively the NBN has tried to squash me as an individual in this case”.

Others still simply say the rapid trend in the Internet of Things (IOT) is not only too exciting to let pass us by, but is also critical for Australia to retain is global competitiveness. In any case, a parliamentary enquiry was recently announced by the minister of communication, Paul Fletcher into some of the concersn raised over 5G.

The sufferers of EHS said they had little hope for any real investigation. “The onus appears to be on people to prove there are health risks, not on the regulator or the telecommunication companies to prove there are not,” said Vicki Moss.

Importantly for local residents, the Central Coast has been earmarked as one of the pilot regions for the 5G roll out. According to Stop 5G Central Coast spokesperson Arlene Selman, 5G has already been activated in Koolewong, North Gosford, Empire Bay, Erina, Wyong, Picketts Valley, Wadalba, with 53 sites being proposed to be activated in the coming months.

”Government and lobby groups are trying to tell people that the technology is safe but the harmful biological effects of electro magnetic radiation are now well established, with thousands of peer reviewed studies available at www.ehtrust.org.”

Dr Pri Bandara, independent researcher for Oceanic Radiofrequency Scientific Advisory Association (ORSAA) is so concerned about the science she too joined the protest on Saturday. “

Mobile phone radiation has the potential to damage cells especially in the millions of children who are especially vulnerable and involuntarily exposed to it,” Bandara said.

“The government and mobile phone industry have set their goal of pushing this new technology through irrespective of market needs, safety concerns and public backlash. “

This technology is not merely a benign next step, as it was going from 3G to 4G. It’s a complete reintroduction of new technology with insidious new protocols which will allow mass surveillance and control.

The exclusion of Chinese company Huawei is a clear indication of the risk of exploitation of the network.” Bandara says the industry’s ambition is to create blanket 5G mobile coverage in all inhabited regions with the Central Coast earmarked to become one of the most connected areas in New South Wales, resulting in unprecedented levels of electro smog.

If true, the prospect of another bushfire smoke haze may be least of our problems in the future.