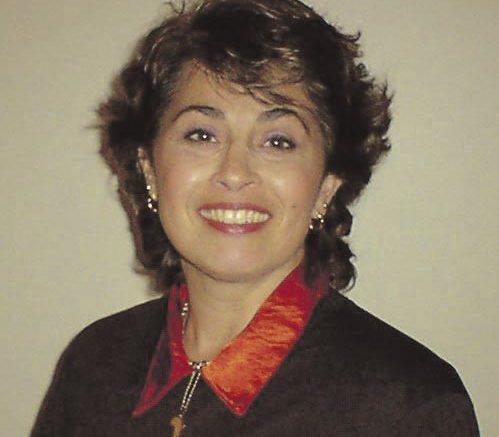 Umina’s Dr Dedee Woodside has been named a Member of the Order of Australia in this year’s Australia Day Honours List.

Dr Woodside received her AM for significant service to animal conservation and to zoological organisations.

Dr Woodside has travelled Australia and the globe to take up several leadership positions in government, zoos and private organisations and worked in the fields of wildlife conservation, natural resource management, environment policy planning, agriculture, community development, Indigenous land stewardship and scientific research.
Arriving from Canada as a young ecologist, Dr Woodside said she was first attracted to Australia to study the unique wildlife, specifically Australian bats which were widely undocumented at the time.
Her work eventually led to a career at Taronga and Western Planes Zoo, of which Dr Woodside would go on to become director and general manager of from 1985 to 2000.
During her time at Taronga, Dr Woodside became a founding director of the Conservation Research Centre and a founding committee member of the Australian Zoos and Aquariums Association in 1986, before founding the Australian Conservation Training Institute in 1992, which she also ran until 2000.

In the late 90’s, her interest in great ape conservation took her to Ngamba, Uganda, where she became a founding board member of the Chimpanzee Sanctuary and Wildlife Conservation Trust, with the likes of conservationist Dr Jane Goodall and Australian primatologist Ms Debby Cox.
Dr Woodside is also a board member of UNESCO’s Great Ape Survival Program and has also been a long-time member of the Australian branch of the World Wide Fund for Nature, serving as the organisation’s director from 2006 to 2016.

She remains a member of its Eminent Scientist Group, which informs the organisation on Australia’s conservation issues.
Dr Woodside is currently the independent board director for the Blue Mountains World Heritage Institute that works to protect and enhance the Greater Blue Mountains World Heritage Area, which is facing several threats from bushfires and species extinction, to climate change and encroaching development.
Dr Woodside said the true privilege of her work had been getting to see and experience things as an ecologist that simply can’t be experienced in everyday life.
Dr Woodside describes her career highlights as her “chocolate moments,” memories so sweet she’s decided to start writing a book about them.
She counts her time with Taronga Zoo, her work in Uganda and her time in the Northern Territory among these moments.
“Getting to export the best knowledge in environmental management and best practice to ecologists from around the world was a privilege.

“Helping them get ahead and then supporting them to do good work in their own communities was always the goal,” Dr Woodside said.
Establishing the Conservation Trust at a time when great ape trafficking was at its darkest led to her receiving a Lifetime Honorary National Parks Warden Award from the Ugandan Government and presidential recognition for the Ngamba Chimpanzee Sanctuary.
Dr Woodside said it was thrilling to work with a contingent of female rangers, ecologists and indigenous elders in a landmark meeting in the Northern Territory’s Central Arnhem Land, where these women came together to discuss environmental management in the country’s north.
“These women are unsung heroes and are making up the frontline of environmental management across the NT.
“They’re delivering on their promise to take care of the country,” Dr Woodside said.

Looking to the future, Dr Woodside said she would be focusing her efforts on developing her conservation property, The Dilgry.
Located in the Barrington Tops area of NSW, the property is part of the Gondwana World Heritage Area, the most extensive pocket of subtropical rainforest in the world.
Parts of the World Heritage Area were severely damaged in the state’s bushfire crisis and Dr Woodside plans to protect this critical piece of Australia’s biodiversity by establishing the Gondwana World Heritage Institute in the next six months.
Incorporating a visitor’s centre, it is Dr Woodside’s hope that this new facility will help protect and celebrate this remnant of the past.
When asked about her Australia Day Honour, Dr Woodside said it was a badge she would wear with pride.
“I’m completely thrilled and very surprised.
“My peers are some of the most heroic people, so for them to think I’m doing good work is very pleasing.
“It’s quite the honour,” Dr Woodside said.

God does work in mysterious ways