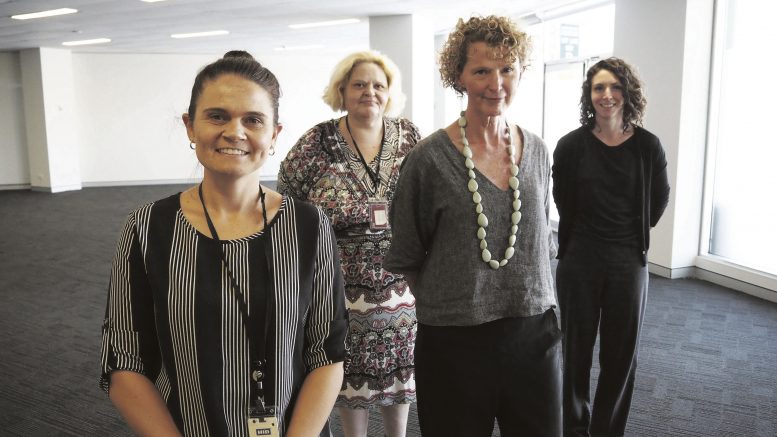 Older people on the Central Coast have a new service to protect them from physical, psychological, financial and legal exploitation.

The Central Coast Elder Abuse Service launched in Gosford on February 10, the first day of Seniors’ Week, and is the first such specialist service ever run by Legal Aid NSW.

The team is headed by senior solicitor, Mary Lovelock, who says that it addresses an area of great need on the Central Coast.

“Elder abuse is defined as a single act, or series of acts, occurring within a relationship of trust that causes an older person harm or distress.

“We chose to base ourselves on the Central Coast because it’s a region where there is a high number of older people, where there are high levels of disadvantage, and it is home to a large population of older Aboriginal people,” Lovelock said.

Elder abuse can include a wide range of issues including physical harm, bullying, sexual abuse, financial issues and neglect.
According to Lovelock, the issues are often complex because they can occur within families and other relationships of trust.

The service offers a holistic, culturally sensitive approach with Aboriginal and non-Aboriginal staff trained in social work and law.
Based in the Gosford office of Legal Aid NSW, the service works with stakeholders to provide targeted assistance to older people identified as experiencing, or at risk of abuse.

“Many of our clients experience elder abuse and, due to health and mobility issues, may not have a way to connect to our services.
“Our partners, who work with these clients, play a big role in connecting older people to us,” Lovelock said.
The service will work with eligible clients who ask for help directly, but will also receive referrals from a range of stakeholders including health services, mental health services, Centrelink, aged care providers and the NSW Trustee and Guardian.

“There has been a national spotlight on elder abuse stemming from a number of reviews and enquiries,” Lovelock said.
“One of the responses has been the establishment of a number of services to strengthen our ability to identify and respond to elder abuse,” she added.
The service is a three-year pilot funded by the Commonwealth Government and can be contacted on 4324 5611.