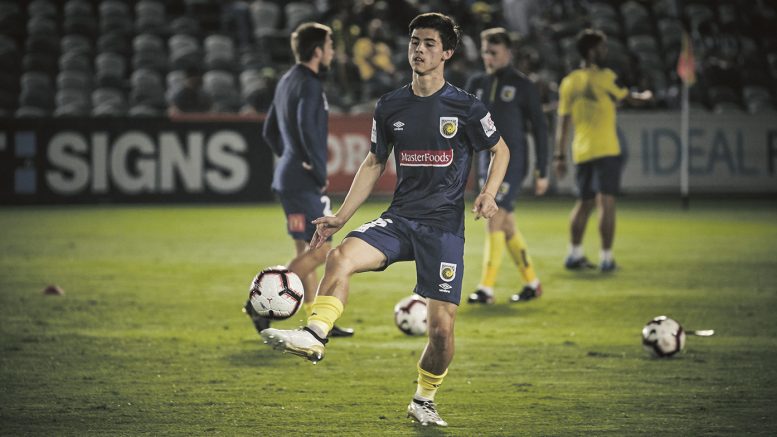 Dylan Ruiz-Diaz is off to Europe

The Central Coast Mariners’ Dylan Ruiz-Diaz will head to Europe on February 22 for a Young Socceroos’ talent identification camp, which will include friendly matches against U19 sides from three top Eredivisie clubs.

The 2020 AFC U-19 Championship serves as the qualification process for the FIFA U-20 World Cup, which will next be held in Indonesia in mid-2021.
Australia’s 22 player squad will convene in Holland and will train at Sportpark Kleinhoven, home of Dutch amateur league club, SC Hoevelaken.
Ruiz-Diaz said he was looking forward to going into camp with a different format to normal.

“Going into an Australian camp, it’s an honour every time,” he said.
“It’s a great experience to get overseas, especially going to Europe, and meeting new players and the new extended squad.
“This all is building up to the AFC Championships, and nothing has been picked yet, so to meet the new players every time, it’s always a good experience,” he said.

Gary van Egmond’s squad, which includes players based both in Australia and abroad, as well as five players that featured for the Joeys at the FIFA U17 World Cup Brazil 2019, will play FC Utrecht U19, AFC Ajax Amsterdam U19 and FC Twente U19, as part of the development tour.

“Going over there, it’s not something you do every day,” Ruiz-Diaz said.
“It’s a rare opportunity to prove yourself, and it’s a big opportunity.
“There’s new opposition, teams we haven’t faced and teams we don’t face week in and week out.
“It will be a good test and a good experience to go over there and show what I’ve got,” Ruiz-Diaz.