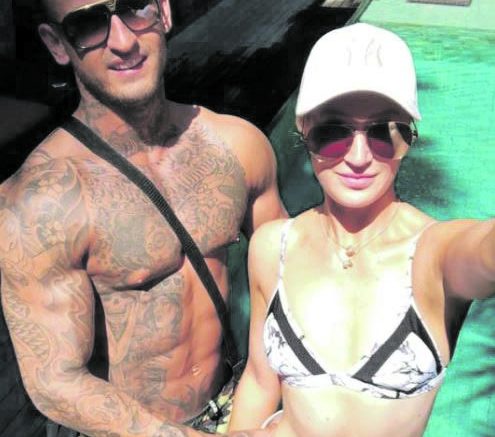 A Central Coast couple accused of importing steroids have made their first court appearance.

Wamberal’s Hayden Brindle, 28, and Hamyln Terrace’s Shaylee Cheal, 24, fronted Gosford Local Court on Friday, January 31, to face multiple charges involving prohibited substances, after a Brisbane Water Drug Unit investigation involving Australian Border Force linked the pair to the illegal importation.
The court hear how the Drug Unit established Strike Force Oldaker to investigate the importation and supply of steroids around the Central Coast, with several parcels allegedly containing various steroids intercepted by Australian Border Force as a result of the Strike Force’s inquiries.
On Thursday, January 30, the couple attended Erina Post Office to collect these parcels.
After returning to their vehicle with the parcels, police arrested Brindle and a search warrant was issued for a unit on Ghersi Ave, Wamberal, where various steroids and MDMA was uncovered and seized.
After further inquiries, Cheal was also arrested.
Brindle was charged with five counts of import prohibited imports, two counts possess anabolic or androgenic steroidal agent, and two counts of supply prohibited drug, indictable quantity.
Cheal was charged with four counts of import prohibited imports and two counts of supply prohibited drug, indictable quantity.
Brindle did not apply for bail.
Cheal was granted bail under strict conditions which included reporting to Wyong Police Station once a week and having no contact with Brindle.