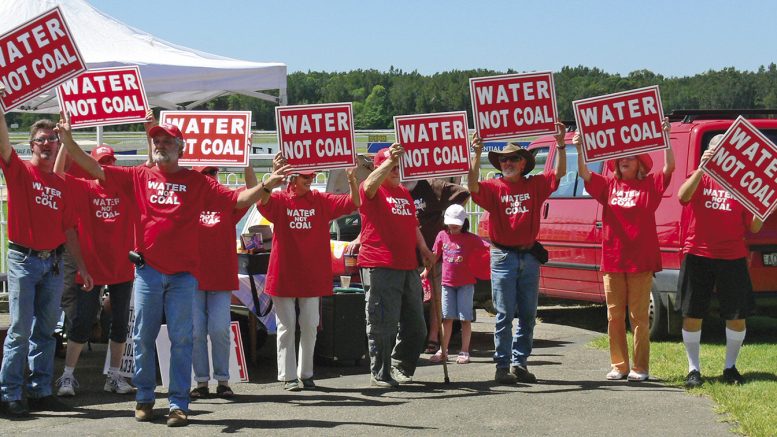 Central Coast Council has re-affirmed its opposition to the Wallarah two coal mine approved for the north of the coast, with its major objection being the strain that it will put on the region’s water supply.

The opposition came up as part of a council debate on the water security of the Central Coast.

Cr Louise Greenaway said the opposition in this instance was in relation to the additional pressure it placed on the water catchment.
Cr Greenaway also suggested that a solar farm at Buttonderry tip or a power purchase agreement as future possible ventures.

Cr Troy Marquart called the council resolution “environment crap” after responding to a dig from Cr MacGregor who mentioned “flat earthers to his right”.
Cr Marquart said: “Call me a flat earther if you want, it doesn’t matter, Wallarah Two will go ahead.”
He said it was another bash-up on Wallarah Two with the Labor Green alliance deciding they didn’t want those jobs on the Central Coast.
The mine project is consulting stakeholders at the moment with a final feasibility study due to conclude in 2020.

Cr Marquart said council should be talking about the ageing infrastructure that was leaking underground and no one knew how much water was lost.
The council accepted Cr Greenaway’s motion which included a report coming back to a meeting in April from the CEO with a status on the water plan that staff are working on.
Cr Greenaway said the motion sought to achieve security over crucial water supply.

She said the previous Wyong Council opposed Wallarah two mine and Central Coast Council had previously voted to continue that opposition and she now wanted to re-affirm that.
She said it was “potentially embarrassing if we were to support a coal mine at a time when there needs to be clear and sustained focus on renewable energy”.

She congratulated residents on maintaining reduced water consumption rates over many years which had resulted in higher storage levels in the dams than would have been the case.
She acknowledged the work of the Water and Sewerage Department in securing, treating and delivering water to over 320 000 connected customers as well as educating residents about water conservation, water wise rules and water restrictions.

Part of the motion also called on the CEO, Gary Murphy, to write to the Water Services Association of Australia to initiate discussions around standardising water restrictions.
Cr Greenaway said restrictions should be consistent in each council area regardless of whether that area is serviced by a council or by a water authority or water corporation.
Cr Chris Holstein disagreed, saying standardisation couldn’t happen because areas were different with some having more farming land, for example, that uses more water.

Cr Holstein abstained from voting as did Cr Jilly Pilon.
Councillors Bruce McLachlan and Troy Marquart voted against the resolution.
Another notice of motion about water, from Cr Greg Best, was withdrawn at the meeting.

He said it was no longer relevant with all the rain that had fallen.
That motion was about asking the State Government to step in with expert advice on whether the Coast should move to level two water restrictions.
The Coast moved to level one restrictions the Monday after the massive deluge flooded parts of the Coast and will now stay in place under a new 55 per cent trigger point to lift them.