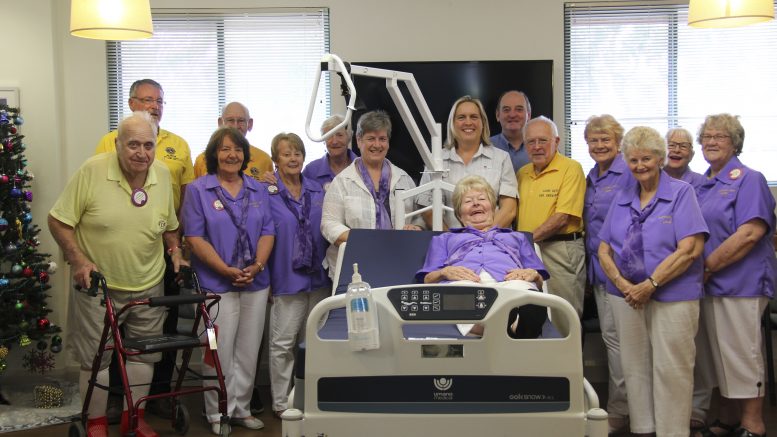 Lions Club of Chittaway Bay members were treated to a preview of some new equipment at the Long Jetty Health Care Centre in December.

Members had recently pooled their fundraising efforts with other northern Central Coast Clubs to support the Centre, with members invited to see firsthand what their efforts wrought, on December 16, 2019.
The Lions were invited to the Centre to see its new bariatric bed which was purchased through donations made by the clubs at Chittaway Bay, Killarney-Bateau, The Entrance and Wyong.

“We are incredibly lucky to receive so much support from our local Lions Clubs, and we are grateful for all the hard work they put into their fundraising,” a spokesperson for the Central Coast Health District said.