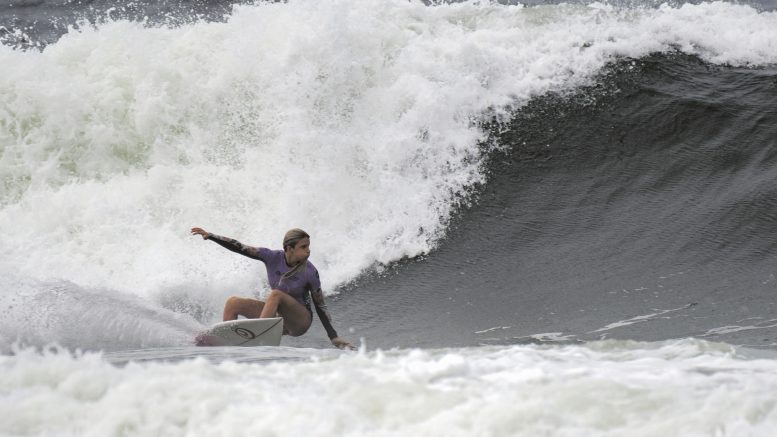 The elite six-day WSL QS 3000 rated event will form the third and final stop on the Vissla NSW Pro Surf Series and will take place at Avoca from February 25 to March 1.
Parliamentary Secretary for the Central Coast and Member for Terrigal, Adam Crouch, said the Vissla Central Coast Pro is a highlight of the region’s summer calendar.

“It’s fantastic that some of our local talent, Caleb Tancred, Molly Picklum, Sandon Whittaker, Finn Hill, Lennox Chell and many more will have the home ground advantage in competing against international surfers,” Crouch said.
“This is the fifth consecutive year our region is playing host to the NSW Pro Surf Series, and it plays an enormous role in boosting local tourism through accommodation, retail and hospitality.”
Following a recent runner-up finish at the Carve Pro, Avoca surfer, Lennox Chell, has set his sights on hopefully grabbing another solid result on home turf.

“It was a bit of a dream to get that runner-up finish at the Carve Pro earlier in February,” said Chell.
“I grew up watching people like Adrian Buchan take this event out and it’s a goal for most Central Coast surfers to try and do the same.
“There’s nothing better than surfing in front of your family and friends and having their support there on the beach.”
Vissla’s John Mossop believes that the 3000 rated event is the perfect springboard for any aspiring surfer to qualify for the WSL Championship Tour (CT).

“The points and prizemoney that come with winning a 3000 rated event can be crucial for any surfer who wants to qualify,” said Mossop.
WSL Australia/Oceania Regional Tour Manager, Will Hayden-Smith, echoed Mossop’s sentiments.
“A 3000 rated event is important for the development of all aspiring professional surfers, as a win here could strongly increase your chances of qualifying,” said Hayden-Smith.
“WSL is extremely proud to have an event of this stature in our backyard and have it run in the lead up to other QS events in Newcastle and Manly.”
Surfing NSW CEO, Luke Madden, is eager to see another blue ribbon event return to the Central Coast.

“The Central Coast is a region that has produced some incredibly talented surfers and some amazing surfing competitions over the years,” said Madden.
“With local surfers like Adrian Buchan, Matt Wilkinson, Kirra-Belle Olsson and Molly Picklum all entered in the 2020 event, we’re predicting that this will be one of the most exciting years we’ve seen for the competition.”
The Vissla NSW Pro Surf Series was developed for Australian and International surfers to gain ranking points and prize money on the WSL Qualifying Series.
The series also creates a NSW coastal road trip for all to explore the variety of waves, visit local communities and enjoy NSW surfing culture.