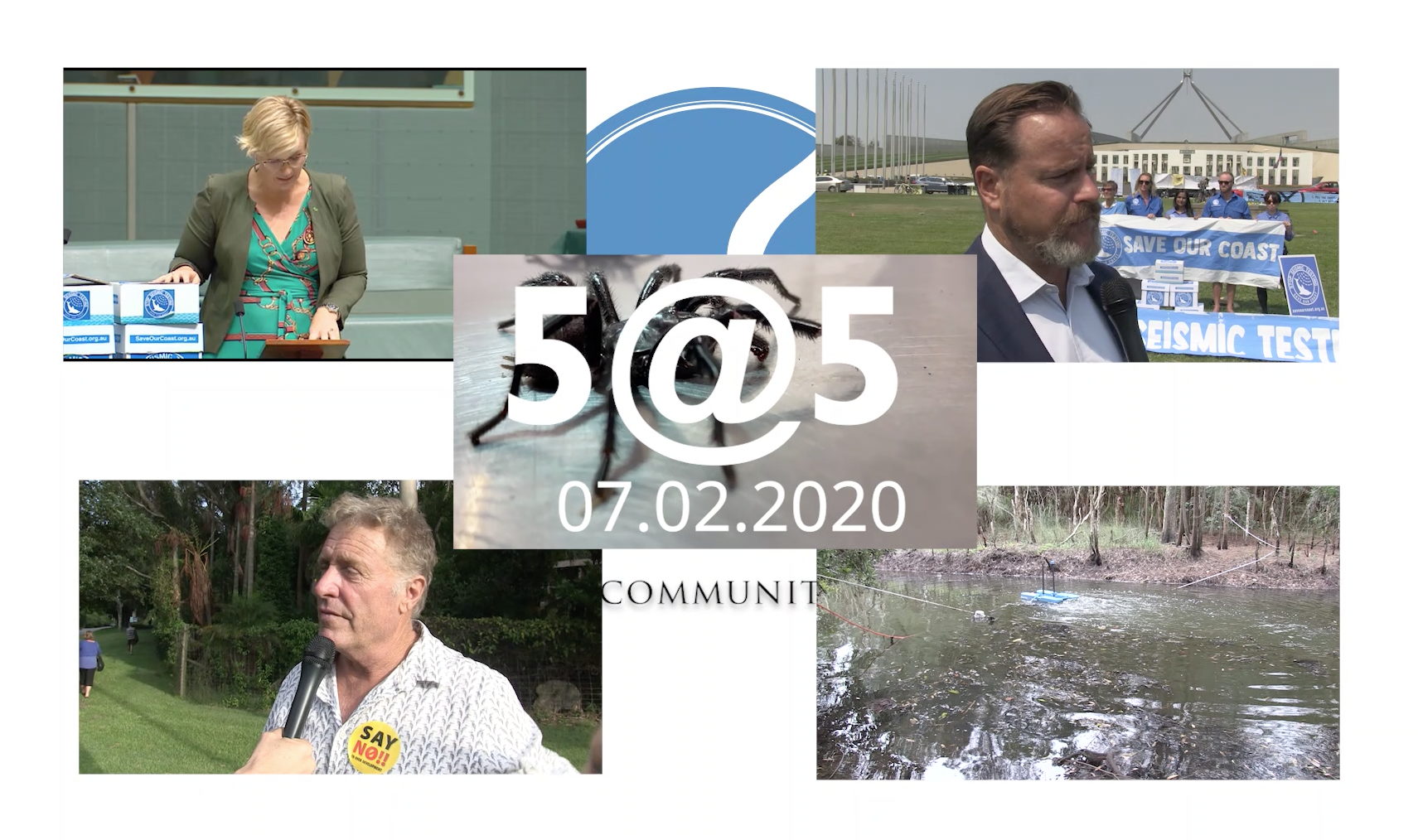 After two months of catastrophic bushfires the Central Coast has received several days of steady, soaking rain. Over 5 inches has fallen across the Coast in the last 48 hours with some reports of minor flooding. The rain has led to some cancellations this weekend including the Wyong Love Lanes Festival and the 20-year anniversary celebration for Central Coast Stadium. Ironically, as the rains fall, the Council also finally announced a move to level 1 water restrictions.

Independent MP for Warringah, Zali Steggall, tabled a petition with 60,000 signatures in Federal Parliament yesterday to ban gas exploration and drilling off the Central Coast. The petition included 23,000 Central Coast signatures, collected over 18 months calling for the cancellation of the Petroleum Exploration Permit PEP11. Steggall commended the Save our Coast group and their founder Natasha Deen for drawing the public’s attention to this issue and compiling the petition.

The tabling of the petition comes less than a week after Prime Minister Scott Morrison signaled his support for the growth of gas production in NSW. It also comes as Coast Community News revealed that Centennial Coal will undertake seismic testing in Lake Macquarie in the coming week. Centennial Coal did not respond to our request for an interview, but we spoke with Senator Peter Whish-Wilson about the Senate Inquiry into Seismic testing.

Forresters Beach residents are demanding more action from Council over the appearances of dead fish and a “blackwater” sludge in Forresters Creek. Local spokesperson and bush care volunteer, Damien Gordon, said residents are not convinced by Council’s claims that the blackwater is a result of natural causes, including lower rainfall and higher water temperatures The creek was subject to a sewage discharge event in 2019 and Gordon believes an overloaded sewage system is again at least partly to blame. Council correspondence says that aerators are being installed in the creek and that risks to human health are low if direct contact with the blackwater is avoided.

Controversy continues over a planned manufactured home and caravan park development on rural land in Avoca.

The Kincumber and Picketts Valley Community Action Group says information sessions conducted this week did little to allay their concerns.

A quick warning, if you don’t like spiders, you may want to look away for this next story.

A giant funnel web spider handed in to the Australian Reptile park this week has reinforced the need for vigilance following recent rainfalls.

Keepers at the Reptile Park have named their new giant arachnid “The Rock” after buff actor Dwayne Johnson.

Co-director Liz Gabriel said The Rock will now help to save a lot of lives via the park’s venom program.

Funnel webs are milked weekly and their raw venom is sent to Seqiris in Melbourne to produce anti-venom.

In sport and the Southern Spirit cricket club had some of its penalties reduced at a hearing this week with the Central Coast Cricket Association.

The team ignored a directive from the CCCA and wore pink Hawaiian shirts in a recent match as part of a McGrath Foundation “Pink Stumps” fundraiser.

The penalties initially included a $1000 fine, a loss of 20 competition points and a 4-match suspension of captain Sally Oman.

CCN understands the fine and the loss of points now have been dropped, but Oman’s suspension will be upheld.

That was a perfectly-executed Panenka goal by former Mariners striker Mitchell Duke against his old club on the weekend.

The Mariners slipped further away from the top 6 after their 3-1 loss to the Western Sydney Wanderers and will now face the Newcastle Jets away in what looms as a battle for the wooden spoon.

And it was a special week for members of the East Gosford football club, young and old alike, when they had a visit from local legend and Mariners captain, Matt Simon. [footage of Matt Simon]

We close this week with some images of Central Coast Stadium.

The Stadium, which is one of the most picturesque venues in Australia, is turning 20.

While celebrations have been deferred due to the weather this weekend, many Coasties will reflect on its vibrant history.