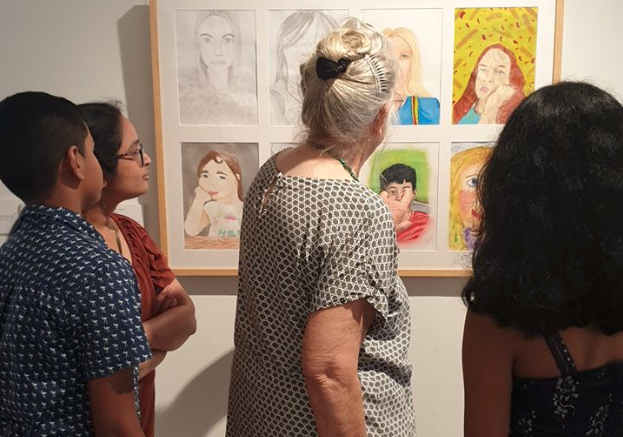 Budding young artists from across the Central Coast had their talents recognised on January 8, following the conclusion of Central Coast Council’s 2019 Young Archie Competition.

Styled after the Archibald Prize portrait competition, the Young Archie was held over the summer and challenged young artists to produce a ‘drawn from life’ portrait of someone special to them, similar to the brief of its namesake.

The competition was broken down into age brackets of 5-8, 9-12, 13-15 and 16-18, with a first, second, third and commended awards for each category, judged by Gallery Curator and established Patonga based artist, Jocelyn Maughan.

All finalist entries were curated into an exhibition at the Gallery, which will run until January 22, with awardees named during a ceremony on the 8th.

First solo exhibition at the age of 96