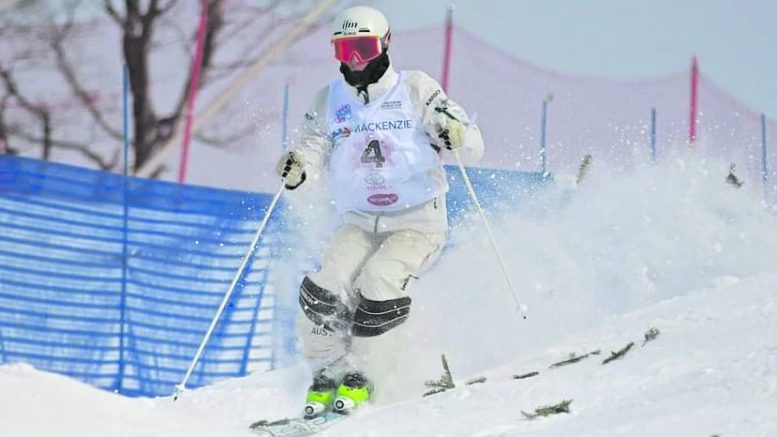 Matt Graham in action on the slopes at Mont Tremblant

Narara’s pride and Australian Moguls skier, Matt Graham, came agonisingly close to achieving his first podium of the season after finishing fifth in the opening round of the 2020 Moguls World Cup at Mont Tremblant, Canada, on January 26.

Graham had a strong run through the qualifiers to make the first round of finals in the top three.
After some missteps in his super final, Graham qualified for the Men’s final in fifth place, and noted the course’s tricky conditions which proved costly to many competitors throughout the event.

Speaking after the event, Graham said he’d be focusing on tightening up his runs for the next leg of the Cup.
“The course was rather challenging this past weekend in Mont Tremblant and a lot of men were making mistakes across the board on the jumps and turns.
“I trained quite well leading into the event, but in my super final run I got a little caught up in the middle section which cost me,” he said.
“That will be the key for me moving forward into the next couple of weeks of competition.
“Putting down a clean package run that I am happy with will be the focus and hopefully the results will come with that,” Graham said.
The result sees Graham placed fourth in the world cup standings.
He’ll next hit the slopes on February 1, when the Cup moves to Calgary, Canada, for round two.