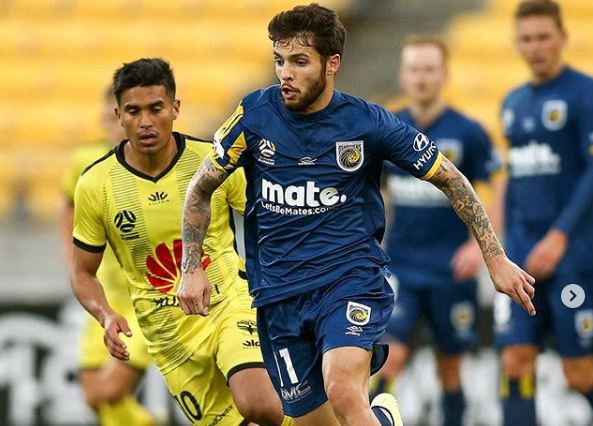 Despite a strong second 45 minutes at Sky Stadium, the Central Coast Mariners opened 2020 with a defeat to an in-form Wellington Phoenix side on Saturday afternoon.

Goals to Gary Hooper and Ulisses Dávila in the opening half hour proved to be enough for the Phoenix, who withstood a late goal in the first half a barrage from the Mariners in the second half to record an eighth match undefeated.

Alen Stajcic made three changes to the side who faced Perth last time out with Kye Rowles returning from injury in the centre of defence along with Giancarlo Galifuoco and Jack Clisby, while Milan Ðurić was rested.

The Mariners raced out of the traps and after having the best of the early exchanges saw a thunderous strike from Gallifuoco strike the crossbar from the edge of the box, letting Phoenix off the hook.

The hosts opened the scoring after 12 minutes through Hooper; a goal that began as David Ball fed Tim Payne down the right, and his square ball found Hooper in the middle.

The deficit was doubled after 30 minutes through frontman Ball, who grabbed his fourth of the season.

A pass from Payne found Ball on the edge of the Mariners box and he cut inside a defender before curling an effort through a crowded area and into the bottom corner.

Despite beginning the game on the front foot as the first half wore on the Mariners were forced to keep the Phoenix out, with Birighitti denying Ball a second goal of the match with a superb low save to his right.

The visitors struck the woodwork once again before half-time, when a dipping, long range volley from skipper Tommy Oar had Marinovic beat but unfortunately for Alen Stajcic’s side it rebounded off the post.

This seemed to spark some life into the Yellow & Navy and they pulled a goal back on the stroke of halftime.

A short corner from the right allowed Jack Clisby the space to cross into the danger area, and his devilish cross found its way into the net off the head of Luke DeVere, giving the Mariners a much needed lift.

Nine minutes into the second half Sam Silvera entered the field in place of Rowles for the Mariners; but it was Wellington who had the next chance as Sotirio missed a big chance instead of looking to square.

Jair had a header saved at the back post by Marinovic not long after, and he was replaced by Jordan Murray just inside the final half hour, and Murray caused problems for the Pheonix backline but was unable to find the finishing touch.

Matt Simon created a good chance for DeSilva with some good hold up play but the dynamic midfielder could only rifle an effort just wide of the post, and the hosts held on to ensure the Mariners left Wellington empty handed.

Attentions for the Mariners now turn to their next outing, a home game next Sunday against the Melbourne Victory at Central Coast Stadium.

Get your tickets now for that game, with up to four children able to attend for free with every adult ticket purchased!