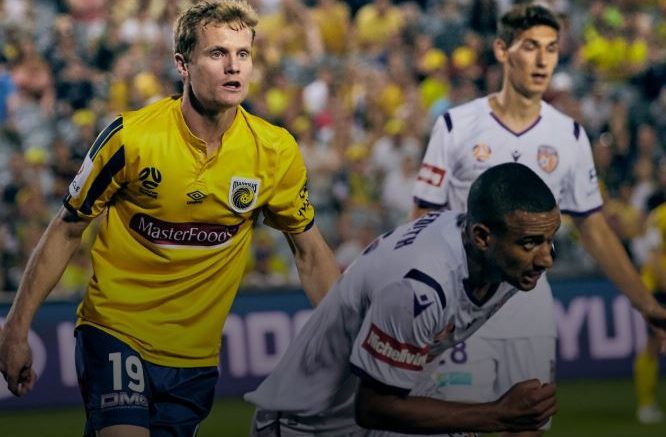 [ALeague] Mariners legend, East Gosford’s Matt Simon is ready for Sunday’s game against MElbourne Victory in Gosford. He reached a massive milestone moment last Saturday afternoon against Wellington, making his 250th A-league appearance as he replaced Giancarlo Gallifuoco for the final ten minutes of the round 13 loss.

The appearance was his 183rd for the Mariners in his second stint for the club, having appeared 68 times for Sydney FC as well with 53 league goals to his name across the 250 matches.

Speaking on Tuesday, Simon said he was proud to have reached the milestone and said it would be an occasion he would no doubt remember in years to come.

“Obviously I’m quite proud to make 250 appearances in the league,” he said.

“And I was pretty happy to make my first appearance about 14 years ago.”

“So to make 250 was a proud moment and something that I’ll probably cherish when I finish.”

“[It was] obviously disappointing to go over there and lose,” Simon said.

“I thought we were a good chance to get some points over there, so to lose the way we did was quite disappointing and we have to work hard this week ahead of a big game this Sunday against the Victory.”

“They had a good win against Newcastle so we’ll have to be at our best to produce the goods.”

The Mariners will be back out in front of a vocal home crowd though, and the skipper said it was a good opportunity to get some important wins under their belt.

“Coming off the back of a loss is always difficult, but we’re almost halfway through the season and we need to start getting wins on the board.”

“It’s always nice to play at home in front of a home crowd, so we’ll be looking to put on a good performance for the fans and get the three points.”

Kids go free to the game

Fans are reminded that up to four juniors can go for free to Sunday’s game with any adult ticket purchaser. Full details here at the Central Coast Mariners website here.