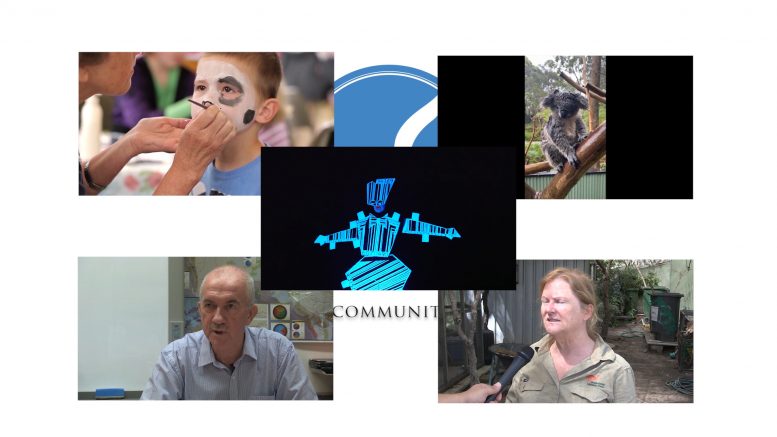 Central Coast is holding its breath again coming into the long weekend with several fires on the doorstep. The RFS are appealing to everyone to keep a close eye on the fire situation across the weekend.

Australia day will be celebrated across the Central Coast this long weekend from Canton Beach to Woy Woy. Though not without a little controversy as earlier in the week the Central Coast appeared to have missed out on having an Australia Day Ambasador, due to what appeared miscommunications between the Premiers Department and Central Coast Council.

All ended well and local firefighter Viki Cambell was selected.

Viki has worked in the Central Coast Incident control centre over the fire season. Her 30 year carreer includes positions in the NSW Ambulance and the Rural Fire Service.Viki started volunteering in the RFS in 1990 and started as a staff member in 2015. Keep an eye out for Viki at official events across region.

Check our website for details on all events being held across the weekend.

A reminder to drivers that double demerit points are in force from midnight Friday and across the long weekend.

The long awaited rains hit the coast last week, and caused insolated problems of their own with flash flooding at numerous places across the region. The Australian REptile park was hit hard and necessitated a partial evacuation of many animals including the parks beloved koalas.

Koalas have come into focus across the coast this week with several campaigns and policy suggestions coming to the fore to save this iconic species. Australia Reptile park director Tim Faulkner is advancing the idea of a Koala Ark to protect the species, citing their success in creating the Devil Ark to save Tasmanian Devils.

Tassin Barnard from the Walkabout park in Calga is advancing their plans of extending their fenced marsupial park to help protect the koala and other species. We spoke to Tassin earlier this week.

Koala sightings could challenge coal mine

Local environmental activist Jake Cassar has spotted several new koala habitats in the wake of the fires, one in the proposed Wallarah 2 coal mine area. His organisation Coast Environment Alliance is advancing their plans to protect the species by stopping the destruction of habitat in areas around the proposed mine.

Pearl beach residents have been successful in obtaining a preliminary research grant to investigate the possibility of relocating koalas to the Pearl Beach area.

Local policy advocate Dr Van Davy has been advancing the concept of one Mega Sanctuary to rule them all across national parks and state forests on the central coast. Dr Davy has written to the Prime Minister and Premier and is briefing councillors about the concept. We talked to Van earlier this week.

Coasties are celebrating the announcement this week of the cancellation of plans for wide spread seismic testing along the Coast. Proponent company Asset Energy and partners confirming to media that they will not be conducting seismic blasts in search of petroleum off the Coast. Managing Director David Breeze has released a previously confidential interview with Coast Community News in Perth.

Save Our Coast founder Natasha Deen was optimistically cautious about the announcement. She spoke to Coast Community news yesterday about their continuing campaign having just engaged Coastal MP Zali Steggals.

The Central Coast Mariners suffered a humiliating defeat to new club Western United in Geelong on Sunday. Coach Alan Stajcic admitted the loss was a bitter pill to swallow especially after his team’s extraordinary win against Melbourne Victory the week before.

The Mariners confirmed the departure of Socceroo Tommy Oar last week, and confirming that star player Sam Silver has returned to the Mariners after a week with LAFC. in a statement the club said “The two clubs are working together to advance Sam’s development”.

The Pride community across the Coast was celebrating this week after another sold out cabaret event on Saturday night. and NSW State government has this week announced the 4 state finalists for the 2020 Woman Of The Year “Community Hero” award which includes the Central Coast’s own Glitta Supernova.

The Naughty Noodle Fun Haus, Creative Director drew national attention specifically for her work in co-founding and further successfully delivering what many thought was the impossible with the game changing “Coastal Twist”.

More detail on all these stories can be found on our website and don’t forget to follow our social channels. and welcome to our new broadband and mobile partner MATE. Check them out when you’re looking for a new telecommunications provider.

Have a safe and happy long weekend.