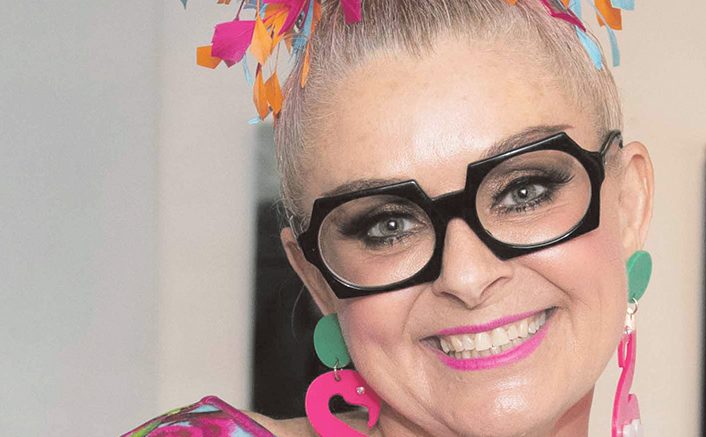 Naughty Noodle Fun Haus Creative Director, Glitta Supernova, has been announced as one of four finalists for the State Government’s 2020 NSW Woman Of the Year Community Hero award.

Supernova drew national attention for co-founding the Coastal Twist LGBTIQ arts and culture festival held on the Peninsula in October, 2019.
On January 10, she opened the Central Coast Pride Centre in Mann St, Gosford, expanding Naughty Noodle Fun Haus’s operations outside the Peninsula, where it was formed and largely operates.

“I am passionate about a balanced society where everyone’s difference is embraced, valued and celebrated,” Supernova said.
“The power of the arts can shape culture and shift perceptions, expand and change views.”

The Coastal Twist festival promoted the Central Coast as a diverse community open for business to all people regardless of gender, sexuality, culture and ability, and saw large corporate organisations investing in the region for the first time, as well as amplifying local businesses, large and small.

Supernova’s leveraging of the power of arts and culture to serve community interest has driven a broader agenda for change, growth and transformation, unprecedented in the region.
“It’s about respecting and appreciating our differences,” she said.
“This has been one of the most challenging yet rewarding years of my life.
“I feel privileged to have been in a position to co-found a nationally recognised arts and culture charity which works directly in support of championing for visibility, equality and inclusion of all people.
“The response from the community, local council and business has been beyond everything I had hoped for.

“As a region and as a community at large, we are more than overdue to put our best foot forward and we have done so on a major scale and in record time.
“It’s incredible what this Central Coast community has achieved with people power.

“We have been able to work around outdated structures by simply no longer accepting them and trusting community members and visitors alike to embrace diversity and social inclusion as a means of forging a sustainable future for this community.
“I am very proud to be part of that.”

Voting for the 2020 NSW Woman of the Year Award will be open until noon on February 14 in all categories, with winners to be announced on March 5 at Government House in Sydney.