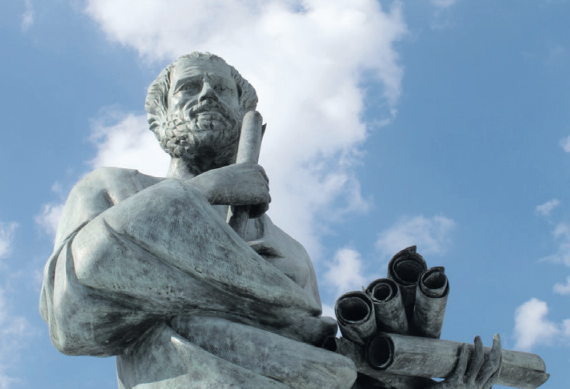 On what it means to ‘be’: A New Missive from the Great Thinkers of the Coast.

The Society had quite a boost this week. We were approached by someone to join our illustrious group. Someone from Terrigal.

And by all reports, another great thinker. But, naturally, there is a strict vetting process. In layman’s terms, we have a “no dickheads policy”, or NDP. We stole the policy from the corporate world. It seems organisations all over the Coast have embraced the NDP.

Indeed, it has caused a major demographic shift with large hordes of dickheads forced to migrate from Gosford and Erina in search of new habitat. Most of them found their way to Terrigal and can be found on Saturday afternoons grazing around The Haven when the Trojans have a home game.

As it turned out, the glorious Lions happened to be playing the Trojans this weekend and so we took the opportunity to venture over to The Haven, watch the game and meet the new philosopher. And what a pleasant sight we were greeted with upon our arrival. Not an evil wasteland at all, but a wondrous blend of capitalism and surf culture.

Created an atmosphere of positivity that not even all that human faeces bobbing around on the shore break could dampen. Johhno quickly cleared a path through the locals and their tiny European cars with his Rugged X. The sound of crumpling fenders was as pleasing to the ear as popping bubble wrap.

He pulled up right by the touchline where we could stand in the tray, lean on his spotlight bar and share a few thought-provoking craft beers. The match was preceded by the opening of the new toilet block to much fanfare and many symbolic “flushings” by a young Captain who made found many way to use the word “flush” in his speech – “new infrastructure has locals in a flush” and “Terrigal flush with cash for new shithouse” and so on and so forth.

And weren’t we amazed when we saw the young Captain strip down to his shorts and don the boots for the Trojans. This, we thought, would give the Lions an even greater edge and they obliged by skipping out to a 22-point lead at half time. But then the young Captain laid on two tries and set up another, all of which he converted himself to leave the Trojans just one point behind.

There were tense moments indeed we thought that was it, but for a late whistle by the Ref. He was harried by the crowd into thinking that a quick stomp on the head of a Trojan who pops it up on the wrong side of the ruck was contrary to the rules of the game.

Well, the young Captain didn’t hesitate to point to the posts, electing to take a penalty goal, from his own 22! And we could only watch in dismay as the talented young fellow hooked it around, low and long, and guided it straight over the black dot.

At that point, we did what all great thinking men can do in such situations and played Drew Gregory’s Bullshit Song at full volume on Johnno’s tape deck. Suddenly, the young Captain was upon us. “Turn it down lads, you lot aren’t the centre of the universe, you know.” “How do you know, smarty-pants?” came Thommo’s probing riposte. Trust me, we might all think Terrigal is the centre of the Universe, but it’s not. I’ve actually been there,” he said pointing up to the heavens.

“What, right up there … in the centre?” said Robbo looking up. “And seen the whole universe, in all its crushing totality?” “Yep.” We felt quite breathless. “Gives you some perspective about what it means to ‘be’.” “What?” we all said as one, but we knew where the young Captain was heading with this – deep into the teachings of Aristotle, the other Father of Western Philosophy.

We bid him to speak to us of ‘being’. “Well, let’s say you drive a Hilux,” said he. “And then let’s say everyone from Woy Woy drives a Hilux, it stands to reason, a priori, that you lot are from Woy Woy.” Robbo’s rebuttal was swift and uncompromising. “But aint Thommo’s from Umina.” “Yeah,” said Thommo, “And I had to drive a Prius loan car last week while his Hilux was in for a service.” We looked at him in disgust. The young Captain meanwhile was having none of it.

“Ah, but now you’re talking about observation … what you see and experience, a posteriori,” said the Prince without hesitation. “And that begs the question of what is matter and what is form. It is a matter of “matter” that your Thommo here built a house out of bricks and tin in Umina to sleep in. But it is a matter of “form” to say that he is from Umina.” “Well, technically, I was born in Sydney,” said Thommo, “Royal Womens.”

We looked at him with even more disgust. “Therein lies another critical point of differentiation,” the Captain continued. “Are you what you were then? Or what you had the potential to be? Shall we judge you by the observation that you were born in Sydney, or by realizing your higher purpose as a great thinker of Woy Woy?” Thommo, who was still looking very sheepish, made up an excuse about needing to get home to feed his fish.

As we went to leave however, Johnno’s Rugged X wouldn’t start. Falafel in the fuel tank. Again. The young Captain offered us a ride. A bit embarrassing really, all of us being seen climbing into that shiny, little Audi, but we had little choice. “What was it like … there in the centre of the whole universe?” Robbo asked him on the way. “Not that big really,” said the Captain. “I mean, the whole thing just revolved around me, but it was put there for me to rule which, technically, makes me just that little bit bigger.” “It’s all about higher purpose, you see,” he continued.

“I don’t see so that I can have sight, I have sight for the higher purpose of being able to see.” Suddenly it was clear. This was no mere Captain. We were in the presence of a Philosopher King. This man had, after all, opened eleven toilet blocks, attended thee Bunnings sausage sizzles and kicked the winning goal for the Trojans, all in one day and was now off to sit quietly with Viola Murphy for her 100th birthday. But Boof wasn’t convinced. He’d seen the two glaring flaws in the Prince’s thesis.

“One, if he can see so well, why’s he wearin’ glasses?” said he. “And two, everyone knows Woy Woy is the centre of the universe.”