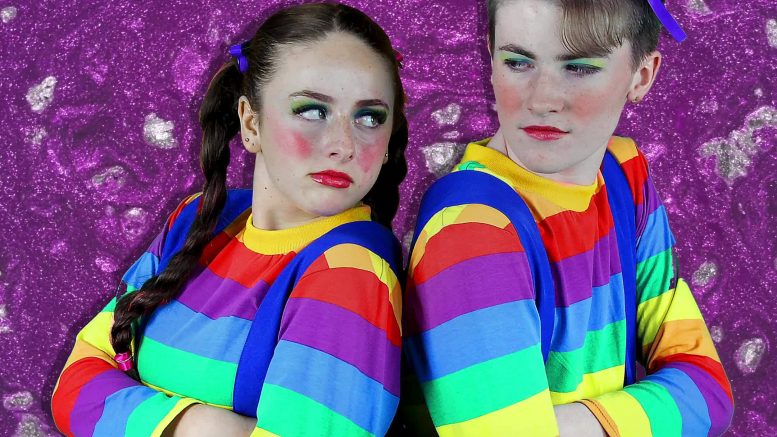 Some of the legendary characters in this year's production of Alice in Wonderland. Image: Gosford Music Society

Travel down the rabbit hole and join Alice, one of literature’s most beloved heroines, in her madcap adventures, here on the Central Coast for 10 shows, commencing on Tuesday January 14.

The ever-curious Alice’s journey begins innocently enough as she chases the White Rabbit. Her adventures become increasingly more strange as she races the Dodo Bird, gets tied up with Tweedle Dee and Tweedle Dum, raps with a bubble-blowing Caterpillar and beats the Queen of Hearts at her own game!

Roles are plentiful, including three Cheshire Cats and dozens of other wonderfully wacky characters, providing plentiful opportunities to showcase students of all different musical skill levels. A chorus of kids playing in the park, rock lobsters, talking fish, royal cardsmen, unbirthday partiers, as well as a group of mean-girl flowers, allows for a highly expandable cast size.

There is a Meet & Greet with the cast after every matinee performance. Come on down and say How Dye Do.

Gosford Music Society (GMS) was established in 1947 as a volunteer organisation focused on the development and promotion of all forms of Musical Theatre across the Central Coast Community. Details about GMS and their upcoming education and theatre productions can be found at their website here.

Alice in Wonderland is an Aboriginal AFL player