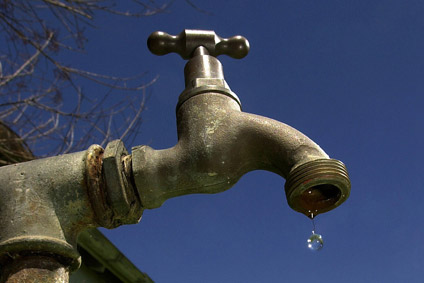 The Central Coast will not move early to level 2 water restrictions, despite continued efforts by several councillors.

The councillors, spearheaded by Cr Best, had hoped that a successful rescission would pave the way for a new motion to introduce Level 2 water restrictions as a matter of urgency. But with the motion lost, Council will adhere to its previous resolution; when the water level at Mangrove Creek Dam drops to 50 percent, Level 1 restrictions will be introduced. The dam was at 52.9 percent capacity on December 16, with the 50 percent trigger expected to be reached in early February next year if no large rainfall occurs. Until then, Water Wise advice will prevail. Earlier this year, Council voted to lift the restriction trigger from the previous trigger of 40 percent. Monday’s decision followed sometimes heated debate. Cr Best said he was “absolutely furious” with the decision and had already put steps in motion to appeal to the State Government to step in.

“We haven’t got it right. “This Council is treating our dwindling water supply with contempt, ” he said. Councillor Chris Holstein voted for the motion, he said, because debate was “cut short”. “I wanted to have the discussion, ” he said. “I wanted to clarify some statements made recently and I wanted some facts and figures put on record. “I have done some research into this issue and even with a projected increased usage of 17 percent over the December-January holiday period, based on previous years’ figures, we won’t reach the trigger level until at least February, and that’s if there’s no rain. ”

Cr Holstein said the argument that the Hunter has introduced Level 1 restrictions and Sydney has introduced Level 2 restrictions should be tempered by the fact that both areas supply water to a far greater number of residents than does the Coast. “The figures tell us that we use less water per thousand people than Sydney or the Hunter do, ” he said. “When you put restrictions on, there is a lot of social angst and you can actually see water usage rise. ” Mayor, Lisa Matthews, said councillors had made the right decision.

“We have a solid plan in place to manage the Coast’s water supply, ” she said. “We are also in a stronger position than other areas which have already moved to water restrictions, due to our significant investment in water infrastructure since the Millennium Drought which continues today.

“Our residents are already resilient, resourceful and responsible water users who should be applauded for their efforts to reduce water. “If and when there’s a need, we’ll ask them to put their shoulder to the wheel again. ”

With summer likely to bring an influx of tourists to the region, Cr Matthews said she expected most visitors would already have water wise habits, since many have been living with water restrictions in their own area. “Tourism is great for the economy of the Coast, and we will continue to promote water wise behaviours to both residents and visitors, regardless of restriction levels, ” she said. Cr Matthews said Council would resist any attempts to involve the State Government and would “fight for our asset”. She said the Water Advisory committee, which met for the first time on December 16, did not advise moving to level 2 restrictions.

Deputy Mayor, Jane Smith, who chaired the committee meeting, said water management was “too important for councillors to play politics with”. “The committee recognised that we are moving towards Level 1 water restrictions, ” she said, ” she said. “

They also recognised the need for education and engagement of our community in order to prepare them for those restrictions. Council’s Director, Water and Sewer, Jamie Loader, said Council’s ongoing investment in water infrastructure and residents’ own water conservation had put the region in a strong position to face a prolonged drought. “Our dam levels are holding steady, with our total water storage falling by less than two percent in the past three months, ” he said.