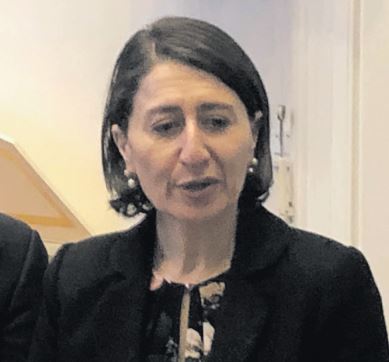 Central Coast Mayor, Lisa Matthews, said the “devil will be in the detail” of yet more planning reforms announced by Premier, Gladys Berejiklian, in her State of the State address on November 27.

Outlining the Government’s “vision to boost the timeliness, certainty and transparency of the State’s planning system”, Berejiklian said further reforms would focus on creating jobs and “supercharging” the economy in regions such as the Central Coast. But details of just what those reforms would be remain sketchy.

“Another day, another announcement that the State Government is changing planning controls in NSW, ” Cr Matthews said.

“Here at Council, we are still coming to terms with what the new Local Planning Panel will mean and it is unclear what these changes really are. ”

Berejiklian said the current system did not give investors certainty. “Some planning proposals are taking years to determine and there are too many layers of bureaucracy, which is unacceptable, ” she said. “Under the new reforms, we will deliver the simplest and most effective planning system in Australia that creates thousands of jobs and improves the way people live and work, right across the State. ”

Berejiklian said a focus would be to centralise jobs in regions, including the Central Coast, which see thousands of commuters travel out of the area each day for work. But Cr Matthews said Council was also committed to delivering more jobs and opportunities for the growing community and was developing an Economic Development Strategy to help do that.

“We must all work together, Council, the State Government and business, hand in hand with the community, if this region is going to move forward and meet the needs of our growing population as prescribed by the State Government, now and in the future, ” she said.

Planning Minister, Rob Stokes, said the reforms would include mandatory e-planning reports for councils and the creation of new “hubs” across the state to make sure people can live in communities close to their work.

They would be introduced to the planning system over coming months to slash assessment timeframes, reduce red tape and fast-track projects in high growth areas, he said. “This is about demystifying and restoring confidence in the planning system so we can get on with the job of delivering fantastic new places right across NSW, ” Stokes said.

“We have already made significant changes to the planning system over the past few years and these changes will keep driving our state forward. ” NSW Business Chamber Central Coast Regional Director, Paula Martin, said any strategy offering an opportunity to create jobs and wealth and reduce the need for the Coast’s skilled workers to travel out of the region for work was welcome. “All levels of government need to work together for viable solutions to cater for the projected population growth on the Coast, ” Martin said.

“The benefit of a hub strategy, I like to call it a smart city strategy, is that it encourages investment into our region which provides career pathways for the jobs of the future, particularly in emerging sectors such as professional services, high tech and food innovation.

“Hopefully, this strategy will help to resolve the Coast’s youth unemployment rates, which are still the fourth worst in the state, by providing career pathways for the young. “The entire community benefits from such a strategy, including families and ancillary lifestyle services. ”

Local Government NSW (LGNSW) President, Linda Scott, said councils agreed with government on improving transparency, timeliness and certainty, but it should not come at the cost of reducing the capacity of councils to ensure quality developments and protect the amenity of communities.

“Councils are absolutely committed to working with the State Government to develop changes that will improve the planning system, but this announcement provides little detail about how that would happen and there has been no consultation with councils, ” she said.