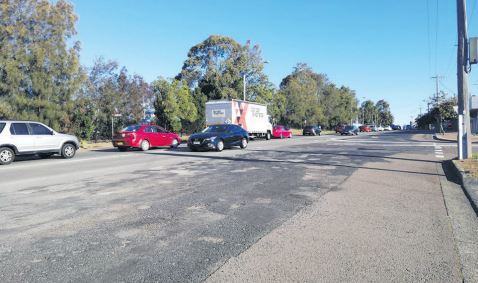 Pacific Highway, Wyong, in dire need of an upgrade. Archive 2019

Fourteen road improvement and resurfacing projects across the northern suburbs will be completed by 2022, thanks to a $70M roads package to fully funded by the Federal Government.

Central Coast Council will undertake the work in the Central Coast Roads Package which comprises a total of 29 projects across the entire region. However, Federal Member for Dobell, Emma McBride, says the northern end of the Coast will receive only 9.2 percent of the funding, or $6.4M.

“More than 90 percent of the road spending provided by this government, $63.4M, will be spent on roads south of Wamberal, ” she said.

“Seventy million sounds like a good headline number, but it disguises the facts that it’s really a roads package for the Liberal-held electorate of Robertson. “Our region needs a boost in road funding and the NRMA has named the Central Coast as having one of the biggest transport infrastructure backlogs in the whole of NSW. “Dobell is the part of the Coast earmarked for significant population growth over the next 20 years and I asked the Prime Minister in Parliament recently to tell the people of the northern area of the Coast why the Federal Government will be spending $419 per person on roads in Robertson over the next four years but only $39 per person on roads in Dobell, ” Mc Bride said.