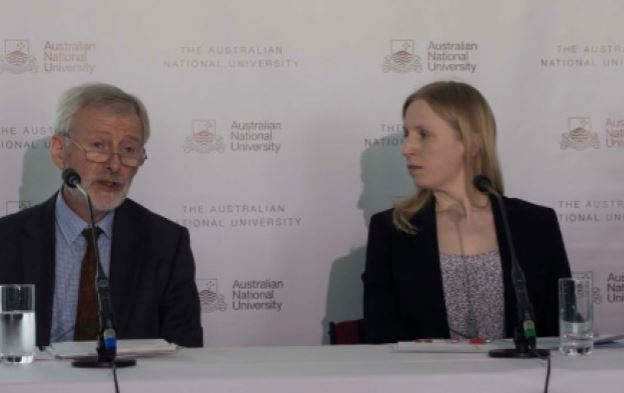 Trust in government has reached its second lowest level on record, with just one-in-four Australians indicating that they had confidence in their political leaders and institutions, according to a major study of the 2019 federal election.

The 2019 Australian Election Study was conducted by The Australian National University (ANU) and found that Australians’ satisfaction with democracy is at its lowest since the constitutional crisis of the 1970s. It found that 59 per cent of Australians are satisfied with how democracy is working in 2019.

This is down by 27 per cent from the record high of 86 per cent in 2007. The historic low sits at 56 per cent in 1979. The Study’s Lead Researcher, Professor Ian McAllister, said the findings were a clear warning to Australia’s politicians that they had lost the faith of the Australian people.

“I’ve been studying elections for 40 years and never have I seen such poor returns for public trust in, and satisfaction with, democratic institutions, ” Prof McAllister said.

“There is widespread public concern about how our democracy is under-performing.

“Trust in our politicians has been on a steady downward trend since 2007, when it sat at 43 per cent, ” he said.

“This is a wakeup call. “With faith in democracy taking major hits all over the globe, winning back the people’s trust and satisfaction would appear to be one of the most pressing and urgent challenges facing our political leaders and institutions, ” Prof McAllister said.

Analysing every major Federal poll since 1987, the study also helps explain the 2019 election result, which shocked many voters who believed that this was Labor’s year.

The study found that the Coalition had a strong advantage when it came to voters’ perceptions on who could manage the economy, while Labor had the advantage on environmental issues.

“Voters swung to the Coalition based on the economy, tax and leadership, while other voters swung to Labor on the environment. “What the study shows is that a key concern for voters was the economy and this is what tipped the balance in favour of the Coalition, ” said Dr Jill Sheppard, who worked on this year’s study.

Dr Sheppard said another factor explaining the election result was that fewer Australians align with the two major parties than ever before. “The study shows a clear rise in support for minor parties among voters, while 21 per cent of Australians don’t align with any party at all, ”

Dr Sheppard said. When it came to head honchos, the study found that Scott Morrison was by far and away more popular than then Labor leader, Bill Shorten. He scored 5.1 on a popularity scale of zero to 10, which is the median range for party leader popularity from the 90’s to now.

In contrast, Shorten, scored 4.0 on the popularity scale, making him the least popular major party leader since Andrew Peacock in 1990.

“Secondly, the Liberals’ switch from Malcolm Turnbull to Scott Morrison was the fourth time a sitting Prime Minister had been replaced outside an election since 2010. “A majority of voters (74 per cent) disapproved of this. “Voters are getting weary of constant changes of Prime Minister, ” Dr Cameron said.

The Wyong Regional Chronicle WRC took the results of this year’s study and spoke to Federal Member for Dobell, Emma McBride, asking her a series of questions about its findings in relation to the Australian Labor Party.

WRC: The major finding from this year’s study appears to be that the Australian people have lost faith in their politicians, with the nation’s satisfaction with democracy at its lowest since the constitutional crisis of the 70s. In your opinion how have we gotten to this point?

McBride: Many factors contribute to people’s view of government and how it works or doesn’t work locally and around the world. It’s my job as a local MP to do all I can to listen, hear people’s views, understand their priorities and stand up for locals in Canberra.

WRC: The fact that Australians believe democracy is underperforming is worrying. What is Labor doing to restore faith?

McBride: Clearly Labor has a lot more to do following the 2019 state and federal elections. Labor leader, Anthony Albanese, is travelling across Australia, particularly to the regions, to hear from local people, to better understand their concerns and their hopes for the future. I want to thank people for placing their trust in me and I am even more determined to represent them in Canberra. If Labor are to be elected, we must represent all Australians.

WRC: According to the study, the Coalition had the public’s support on its management of the economy, government debt, taxation, superannuation, immigration and refugees, but lost out to Labor on health, education, environment and global warming policy. What is Labor doing to win over the public in the policy areas they were beaten in?

McBride: Labor steered the country through the Global Financial Crisis, and reforms under the Hawke and Keating governments set Australia on course for 28 years of growth. Labor has a track record of sound economic management.

McBride: Labor’s campaign review found that the popularity of a leader matters but so do many other factors. Policies and how they are talked about and covered in the media, all impact an election result.

WRC: Will Labor consider any of these findings in future policy making? McBride: The study results will be another source of information that Labor will take on board as we work towards the next election.

The Wyong Regional Chronicle also asked Federal Member for Robertson, Lucy Wicks, for comment regarding the study on behalf of the Liberal-National Coalition, but she declined an interview.