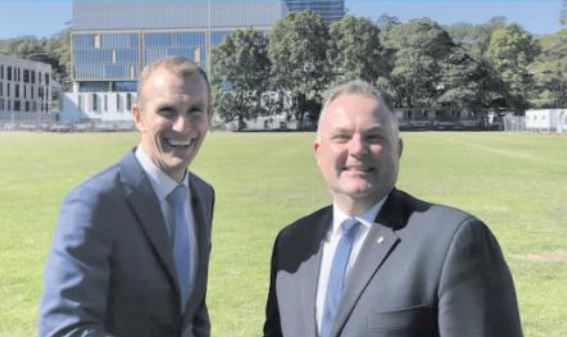 The State Government has confirmed a Local Planning Panel (LPP) will be up and running on the Central Coast early next year, with Mayor, Lisa Matthews, saying the move will see “hardly any” Development Applications (DAs) come before Central Coast Council.

The government says the panel will “pave the way for impartial expert decision making on complex or contentious development applications”. DAs will go to the panel for consideration if: the applicant or landowner has a conflict of interest; the application has 10 or more objections; the proposed development deviates from standards by more than 10%; or the application relates to ‘sensitive development’ such as residential building greater than four storeys, licenced premises, or where a developer has offered to enter into a planning agreement.

Member for Terrigal, Adam Crouch, said the government was committed to independent planning decisions on significant developments. “The LPP will bring greater transparency and accountability to the decision making process for local DAs, and give Central Coast residents greater certainty about planning decisions, ” Crouch said.

“LPPs have been operating successfully across Greater Sydney and Wollongong since March, 2018, and we want to see that success replicated on the Central Coast. ” Liberal Member of the NSW Upper House for the Central Coast, Taylor Martin, said the Central Coast was experiencing significant growth, boosting the need for impartial decision making on major projects, while Planning and Public Spaces Minister, Rob Stokes, said the creation of an independent Central Coast Panel would allow the Council to be the “strategic leader” of its community.

“Putting decision making in the hands of the experts will allow elected councillors to focus their time and energy on setting the strategic vision, policies and development controls for the Central Coast, ” he said. The Central Coast LPP will be made up of an independent chair, two independent experts and a community representative.

The experts will come from a pool of 200 people who have backgrounds in planning, architecture, heritage, the environment, urban design, economics, traffic and transport, law, engineering, tourism or government and public administration.

A chair for the LPP will be appointed shortly, and Central Coast Council will nominate the expert members and community representatives. Clr Matthews said she had been advised that given the stated criteria, if a panel had been in place for the previous year, around 63 DAs determined by Council would have been referred to it.

One recent example was Council’s approval of a $10.7M six-storey development in Church St, Terrigal, she said. Clr Matthews said no official notification of a timeline for the introduction of the panel had yet been sent to Council, and concerns remained over its composition. “We don’t even know who these panel members will be, ” she said.

“I have heard of bad experiences that other councils have had with panels in their own LGAS. “But our objections have come to nothing and we just have to get on with it. “We have to make the best of a bad situation and hope the panel will make the right decisions for our community. ”