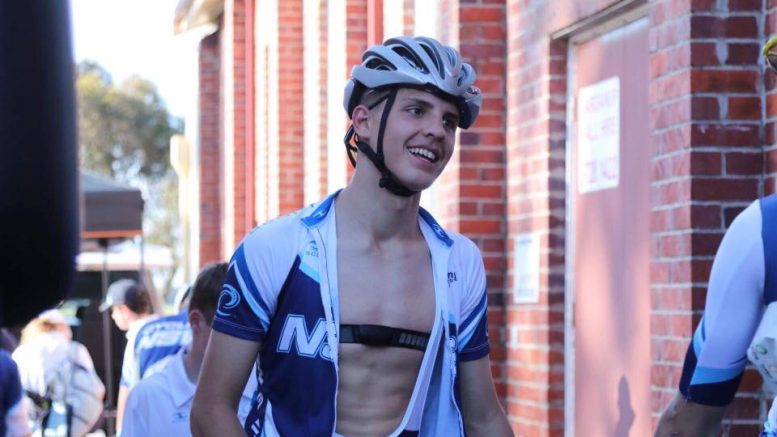 Central Coast Academy of Sport product and cycling star on the rise, Lincoln Hey, is winding down after a massive few months of competition.

Hey, who rides for Central Coast Cycling Club, was a part of the Rauland NSW Development Team that debuted at the UNCI Junior Nations Cup Tour de DMZ in Korea in September, which placed fifth.

It was a phenomenal result for the elite squad of NSW riders, who were up against some of the world’s most promising young cyclists, with the added nerves of representing Australia for the first time in the competition. Building momentum, Hey backed up his stint abroad with his maiden win at Heffron Park Criterium Cycle Track in October, before taking out a slew of medals during the Clarence Street Cyclery Cup in November.

Hey competed in the Elimination, Madison and Omnium Championships during the Cup and medalled in all three, taking gold in the Madison, silver in the Elimination and bronze in the Omnium. He was also a finalist in this year’s Sport Central Coast Awards for Junior Sportsperson of the Year