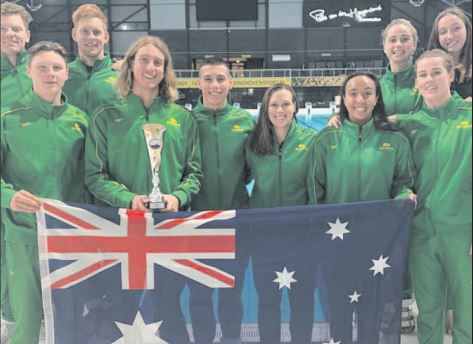 James Koch (front row, first on left) with his teammates

Shelly Beach surf lifesaver, James Koch, has returned from Australian representative duties after a dominant performance for the Australian Lifesaving Team in the Orange Cup in the Netherlands.

He was also a part of the men’s teams that took gold in the 4x50m Medley Relay, gold in the 4x50m Obstacle Relay and silver in the 4×25 Manikin Relay. The bronze in the 100m Rescue Medley also narrowly escaped Koch, who placed fourth with just 0.4 of a second between him and the bronze medallist. Australia secured the cup off 15 wins out of 21 events and are now preparing for the 2020 Lifesaving World Championships.