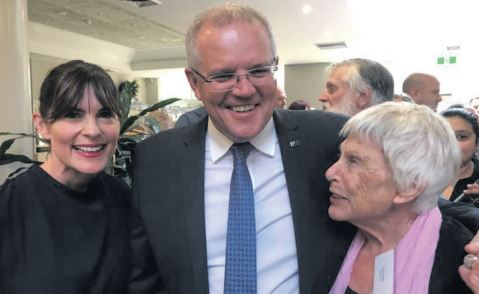 The Prime Minister, Lucy Wicks and a local supporter

[Forum] Your headline “Prime Minister makes a flying visit to the Central Coast but has nothing new to offer, ” (edition 220) is, by inference, unfairly critical of the Prime Minister’s recent visit.

Having attended Mr Morrison’s address at East Gosford, I witnessed a grateful, compassionate, genuine and sincere Prime Minister, with both feet squarely on the ground. He didn’t grandstand nor did he throw money about. It wasn’t the time and it was unnecessary.

Those who doubt Morrison’s commitment to the Central Coast should bring themselves up to date with the multi million dollar Federal funding recently announced by local member for Robertson, Lucy Wicks, to fix local roads in the region.

The Prime Minister clearly saw the Central Coast as a growth centre for both the public and private sectors. He appeared absolutely committed to seeing this happen and to supporting our endeavours. Criticise the Prime Minister if we must but let’s be fair. Let us also consider the alternative.