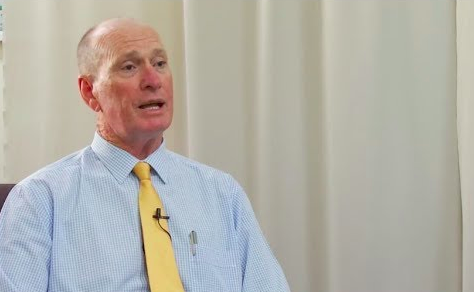 His call came as councillors heard that it was operating at a deficit of $21.7M in the first quarter of this financial year, $3.1M more than it anticipated in its original budget.

Council lost $2M expected income from the three drops in the official cash rate, reducing interest paid on investments, and copped a $1.2M increase in operating expenses due to a new profit-sharing arrangement at Council’s holiday parks. On the plus side, the waste services pricing and emergency levy were less than expected.

The figures were tabled at the November 25 meeting. It included an increased proposed budget for replacing the pitch at Central Coast Stadium. Clr Greg Best asked why the councillors were seeing the first quarter financials of this year but they still hadn’t seen the fourth quarter financial statements from last financial year.

The full financial statements for last financial year have still not been made public, as they are still being audited by the NSW Audit office. Clr Best asked if it was reasonable to have to wait until the next year to see the figures. “How do we know where we are at, ” he asked.

“Would you not think it prudent from a board position to have those figures as we embark on our budget for 2020/21 so we sit in the February March discussions knowing where we have just come from let alone where we are going, ” Clr Best said.

Murphy said councilllors would certainly have information about the previous year’s financial position when they met about the budget. Clr Best said councillors needed to be on the numbers and they were literally flying blind.

He said they should have had the figures in August and that it would be six months late. “You have an $850M document and you have no idea where you’re travelling. ” “With the greatest respect, Gary, we know how that can play out. ” Clr Kyle MacGregor said he had full faith in the professional staff and he didn’t need to undermine their work.

He suggested councillors needed to look at the figures as an economist, not as an accountant. He said the action in the Q1 report showed a good record of delivery but noted the extra funds that had to be allocated to the Terrigal boardwalk and the re-pitching of the stadium. The Q4 report will be released to the councillors and the community but no time has been set.