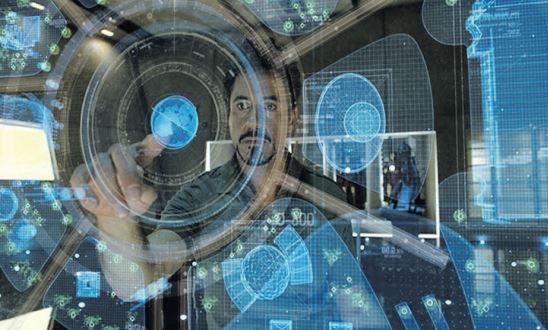 [Editorial] The share market is at a record high, interest rates at record lows, the Central Coast economy has grown by 3 per cent on average for the past four years, our homes are worth 50 per cent more than they were four years ago and local unemployment has fallen to 5 per cent.

There’s even a new Star Wars movie coming out. So why are we so glum?

If we take this headline data at face value, it’s hard to recall ever being in such a good economic environment.

Or, as our Prime Minister said at the recent Gosford Business Chamber luncheon: “How good is the Central Coast? ”

In contrast, there are plenty of other things to be less excited about – increased homelessness, a state wide water crisis, a bushfire that has now burnt out almost a million hectares west of the M1, the spectre of climate change more generally, intensifying political adversarialism, and escalating rates of addiction and other mental illnesses.

But are things worse now, or have they always been pretty grim? When I left high school in country NSW in the mid-1980s (yes, that long ago), we were 10 years into a devastating drought, the cold war was in full swing, posing a real, existential threat to humanity.

A meltdown of the Chernobyl nuclear reactor in the Ukraine had spread radioactive material across much of Eastern Europe, while the Exxon Valdez oil tanker was doing something similar in Alaska’s Prince William Sound. Price and wage inflation were running at 8 per cent, interest rates were double digits, the unemployment rate had hit 10 per cent and Paul Keating was declaring Australia to be a Banana Republic.

Yet, everyone was optimistic. Luke Skywalker had destroyed the death star one final time and made peace with his Dad, and the world was our oyster. So why are we now so gloomy, especially when our economic statistics paint such a rosy picture? One possibility is that the data is wrong, or at least misleading. Damn lies and statistics and all that kind of thing. Even the most comprehensive statistics are just estimates.

But not only does it contain estimation (stratified sampling) error, it obscures a significant increase in underemployment, where a large cohort of workers are technically “employed” even though they only work a few hours a week. It also doesn’t reflect the problem with youth unemployment on the Coast, which is as high as 18 per cent.

Mastery of reporting such economic data is now a critical piece of the modern politician’s toolkit, a Jedi mind trick – “No mister speaker, these are not the droids you are looking for. ”

Many studies have also suggested that while the overall economy is in good shape, fewer people are enjoying the spoils. This phenomenon is widely referred to as the “widening income gap”.

Data released earlier this year by the Australian Taxation Office (ATO) showed that the richest decile of people, notably concentrated in Sydney’s Eastern suburbs and northern beaches, is getting richer, while the poorest decile is getting poorer. This is also misleading. It’s at odds with ABS data in any case – see below.

That’s most likely because it’s based on pre-tax income, and Australia’s regressive tax system, if adhered to, is designed to redistribute income heavily from the highest income cohorts to the lowest. I could find no definitive study to show that our income gap is any wider than other country’s or that it’s getting wider. In any case, this is of little relevance to us here on the Central Coast, as almost all of us reside among the lower income cohorts. In other words, none of us have any money!

But this is not a new phenomenon, we’ve never had any money. We’ve always been Mt Druitt on the Coast, or as I prefer to say, Mt Druitt has always been Woy Woy in the West. A second possibility to explain our gloomy disposition is that that technology is advancing faster than our Neanderthal DNA can cope with. Worse, we’re convinced that technology has recently turned nasty and “disruptive” rather than “productive”. Generation X-ers like me suffer this worse than anyone.

We’re all about productivity. We took to Thatcher and Reagan’s economic rationalism like a Jedi embraces the Force. We liked it because it rewarded hard work and efficiency and, at its core, the notion of a steady state “equilibrium”. We grew up with text books, Casio calculators and mainframe computers the size of a small toilet block. We upgraded our “tech” every 10 years and learnt not to trust any mathematical expression we couldn’t write out the proof for.

We weren’t trained to handle disequilibrium, or a “state of constant-change”, it hurts our low plasticity brains.

We don’t like non linearity, fuzzy logic or machine learning. We don’t like replacing our phones every 18 months. We know that artificial intelligence will be our ruin if only the world would stop for a minute or two so we can write down the proof. We can’t understand how our children have mature, social interaction with members of the opposite sex at 14, when it took us until we were 30. We know it all has something to do with this social media thing, but we’re still too busy to finish writing down that proof as well.

Put more simply, X-ers are suddenly worried that humans are becoming less human. That the world is losing its sense of nostalgia for how things were. We’ve looked up to discover 40 years of neo-liberalism has left us loaded up with debt, worn out our social fabric and made our natural environment sick.

The Earth is turning into Tatooine! We’re aghast that those with the power to do something about it don’t seem to care enough. Surprise, surprise – they’re X-ers too! And so we now want to lecture younger generations on climate change, having burnt fossil fuels as fast as we could for 40 years. We now want to impose our ill-defined ethics upon the new leaders in this grand era of science and information technology, but the truth is, we don’t have much experience ourselves of applying ethics in our own grand era of business and finance.

Probably best to let the Millennials work it out from here . Growing up in the state of constant change has trained them in, well … change. A final possibility is that pessimism is correlated with age. The argument here is that the average person is never more hopeful than the day they are born, aside from the indignation of being pushed out of a very comfortable womb. The more of life you experience however, the more failure and disappointment you have, the more other people let you down, or the more violence and grief you suffer, or even just the sorer your back gets, the more your sense of optimism is slowly ground away. I have some empathy for this argument.

When I was 8 years old, I was ready to pick up my lightsabre and take on the whole Imperial Army. When I was 18 years old, I checked this aspiration somewhat, deciding just to save this planet and leave the rest of the Galaxy for someone else. By the time I was 48, I was having challenges just mowing the lawn. The mathematics of this is simple.

If everyone slowly gets more pessimistic as we get older, then our perception of the state of the world deteriorates, even though the true state of the world hasn’t changed. So, there it is. Dare I now wish you all a Merry Christmas? If it helps, here’s a quick three step guide, based on the three possibilities above, to being happier over the holiday season. 1. Forget about statistics – spend some time with real people.

If someone you know has become distant or reclusive, go drag them out and do something together, it’s not enough just to ask them if they’re OK as they won’t tell you if they’re not. 2. Do something ridiculously human and low-tech– be silly, play cricket in the back yard, read your children a bed-time story, find an old hatchet to bury or just go out and get re-acquainted with nature, it’s all around us and it’s free. 3. Pretend you are younger than you are, but just remember to mind your back! If none of that appeals, at least go and see the new Star Wars film … and may the force be with you.