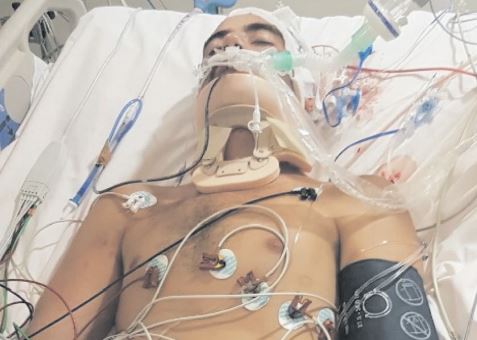 Gorokan man, Rowan Ritchens, has avoided jail time for his role in covering up a drunken fight that left his housemate with traumatic brain injuries.

Ritchens fronted Gosford District Court on Monday, December 9, for sentencing after pleading guilty to providing false information to police with the intent of preventing the course of justice.

In an agreed upon Statement of Facts (SOF) tendered in court, it was stated that housemates Nathan Joyce, Maxwell Crimmins and Ritchens attended a party in Lisarow on May 28, 2017.

According to the SOF, Crimmins and Joyce became “really drunk”, with the pair expelled from the party when Crimmins became aggressive towards other guests. The SOF said Joyce and Crimmins had been friends since high school and would regularly wrestle when they had been drinking but had never injured one another to such an extent.

The court then heard how on the night of the incident, Joyce had been harboring resentment towards Crimmins after his girlfriend had reacted poorly to his behaviour at the party. At 12:20am Crimmins called triple zero to report that Joyce had been beaten and was unconscious, with Ritchens then driving his housemates to Wyong Hospital.

When police attended, the pair told them that an unknown man had assaulted Joyce outside of their shared address, but after police secured the pairs’ mobile phones and a listening device in their home, it was revealed that Crimmins had fought with Joyce and was the cause of his injuries, with Ritchens agreeing to cover up the fact.

Joyce required neurosurgery and now lives with permanent damage, including deafness in his right ear. For his deception, Ritchens was ordered to serve an Intensive Corrections Order for 20 months and to perform 100 hours of community service. Crimmins faced court last year on assault charges and was sentenced to six years imprisonment with a non-parole period of four years.